Waiting for the drop! 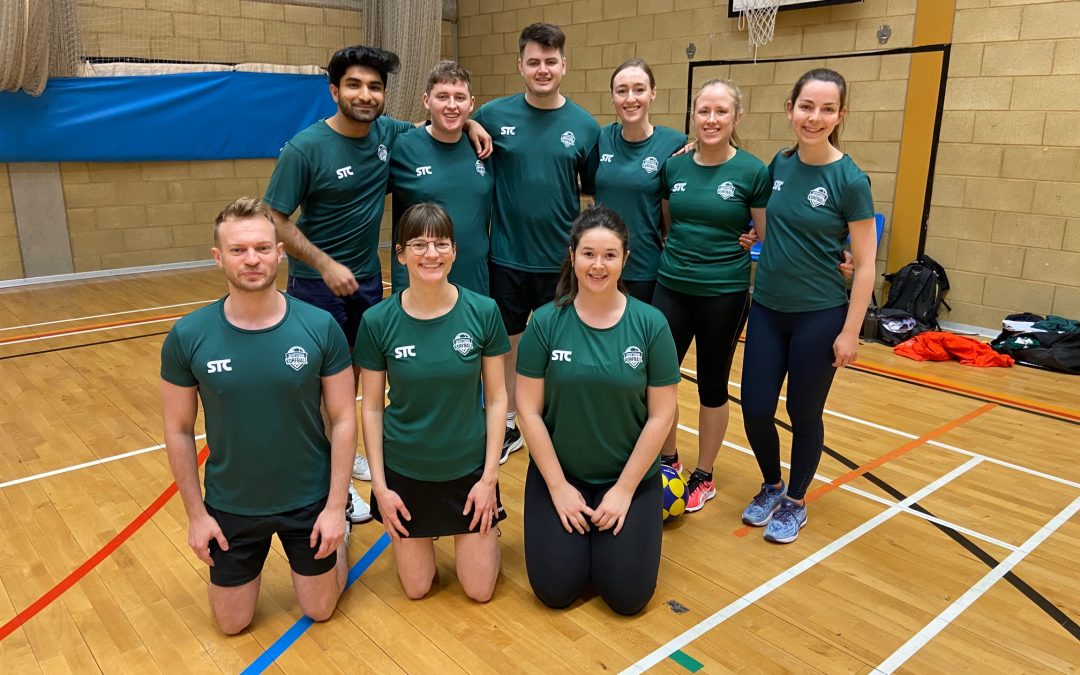 South London Korfball’s second team Balham enjoyed a jubilant away day to Highbury this weekend for a mid-table clash.

A strong division of Amir Hamza, Sam Wood, Megan Ridsdale and Anna MacBride started in attack whilst a division of Laura Jenkinson, Ellie Purvis, Chris Rennison were the gatekeepers in defence. Merel Krediet started on the bench with veteran coach Liam Clarke at the helm.

A fresh and switched on Megan Ridsdale flew into action and scored a runner at the 3 minute mark to put Balham 1-0 up. Solid defensive work at the other end kept Highbury from scoring before Sam Wood made it 2-0 with a cheeky duck under his defender.

After the divisions switched some tricky attacking play from Highbury led to Balham conceding two successive penalties, which were both calmly put away by Highbury.

Sam Wood put Balham back into the lead with a carbon copy of his first goal. Balham then saw some great attacking play and recycling of the ball but with no goals to show for it.

Divisions switched and the aggressive attacking play continued. Chris Rennison drew a penalty, but did not convert. This was no problem as Alex Aiton quickly drew another penalty through an attempted runner. Alex stepped up to the plate and coolly flung the ball straight over the post. The score remained unchanged.

Despite Balham’s attacking and defensive play remaining strong, the goals refused to come and Highbury began to pull away, taking the score to 5-3. Balham didn’t give up and clawed one back to make it 5-4. However, that was where the goals stopped for Balham, as Highbury continued their pressure to finish the match 7-4.

Overall a very strong performance from Balham which could’ve easily resulted in victory on another day. Onto the next clash!

MVP went to Megan Ridsdale for a fantastic defensive performance against a very talented Highbury player making their way back to the National League from the foot of the London league.