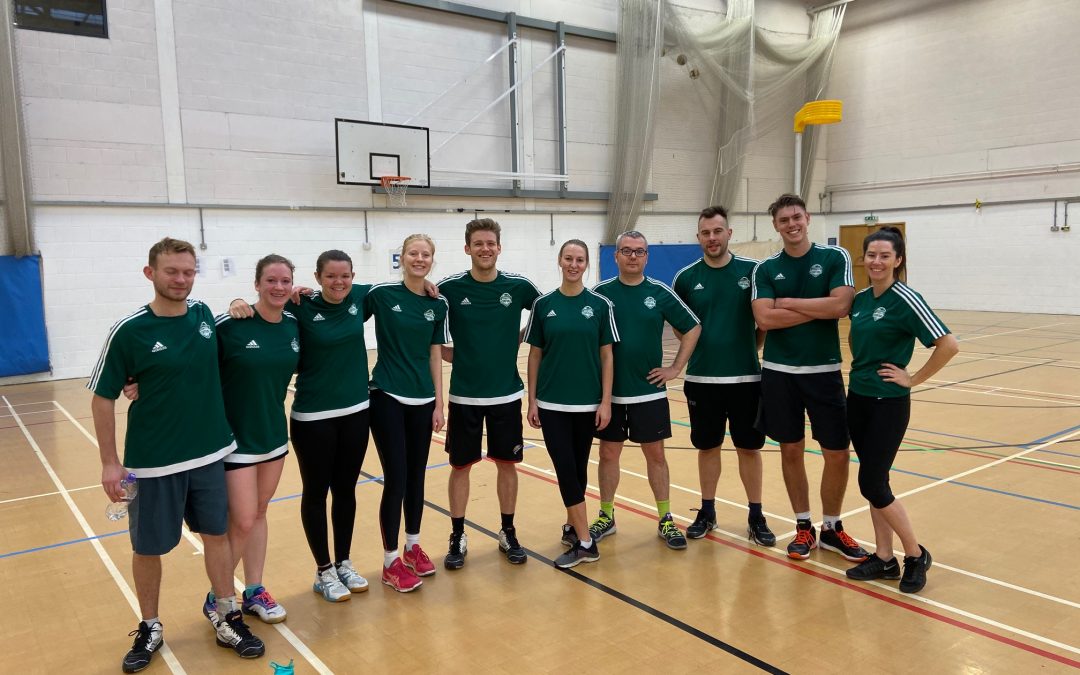 South London Korfball Mitcham reversed a tide of losses and took the points off higher placed Highbury 4 at the weekend with a 13-7 victory.

South London started with Captain and MVP-to be Tom Higton in defence, along with Chris Rennison, Sarah Broadberry and Izzy Watterson. In first attack: Steph Wood, Sarah Morgan, Tom Davies and Liam Clarke. Mitcham quickly got off the markt with a distance shot from Steph Wood, followed 5 minutes later with a distance shot from Sarah Morgan. Tom Higton got the first of his 4 goal hoard, but Highbury 4 got one back. Back into attack, Liam Clarke beat his player but laid it off to Tom Davies in the rebound for a drop off shot. A distance shot from Clarke, took it to 5-1 and a change of ends. Tom Highton converted a penalty, and Highbury got their second to make it 6-2. Sarah Morgan and Steph scored from around the post to make it 8-2 and Mitcham debutant Richard Smith-Utchotski scored from underneath the post to make it 9-2. Higton got a long shot, and after the change of ends, Davies scored a runner and Sarah Morgan her third of the game to make it 12-2 going into half time.

Highbury upped their game in the second half and got three goals back before Higton scored the last of his goals. Highbury got 2 more to make it 13-7 at the final whistle. Tom Higton wins the mug – picture to follow.