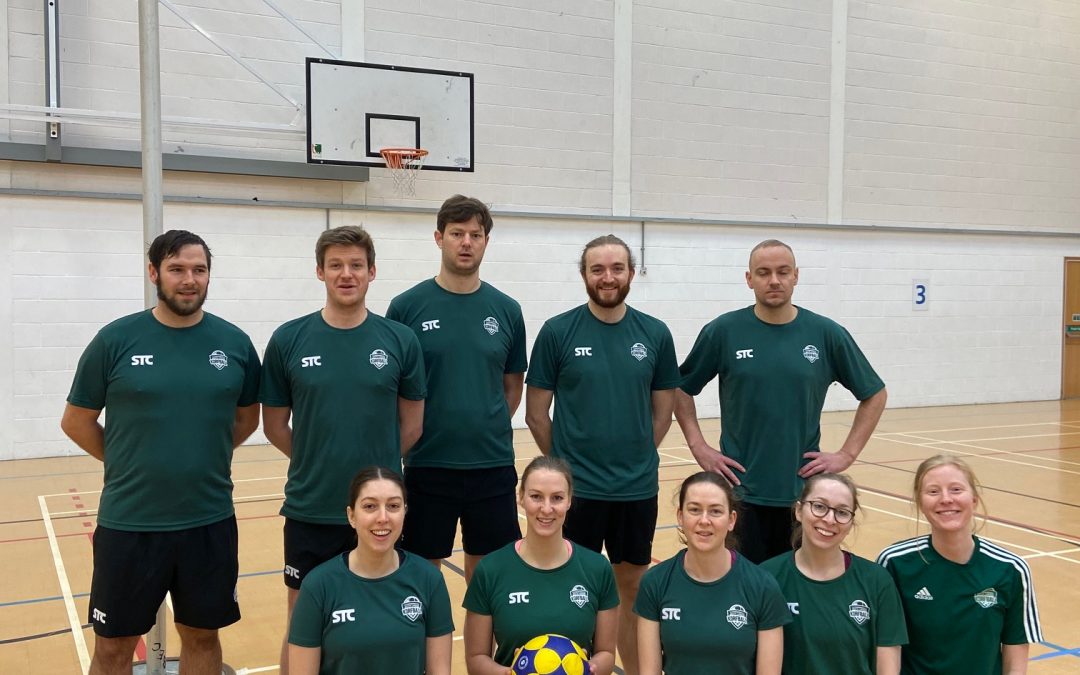 South London Mitcham played away at their home venue against local rivals Supernova 2. It didn’t look promising when juniors were entering the sports hall with cricket bats, but the double booking was resolved and the teams took to the pitch, with Mitcham eyeing up the 2 points that could help them off the foot of the table after a shocking 2021.

Captain Sarah Broadberry started in attack with Tom Higton, Nils Sundstrom and Izzy Yorke. In defence Alex Chaffey and Flo Webb lined up with Matt Norman and Edwin Huijberts. South London opened the scoring on the minute mark with a running in shot from Tom Higton. Nils Sundstrom got the second less than a minute later from underneath the post. A change of ends saw Matt Norman score from underneath the post, while a switch too late from Mitcham saw Supernova get one back to make it 3-1. After a few unsuccessful attacks, Sarah Broadberry got the Mitcham girls on the score sheet with a running in shot and Tom Higton scored his second of the match. Mitcham changed up the teams, bringing Luke Broadberry on for Matt Norman and Nicole Williams on for Izzy Yorke. It took a while for the players to settle in, but Flo Webb bagged two runners to make the scores 1-7 to Mitcham just before half time.

Matt Norman came back on at half time, this time for Edwin Huijberts. Tom Higton scored his third of the game – another from underneath the post. Edwin swapped on for Nils. Tom Higton scored to make it 1-9. Nils came on for Luke Broadberry. The change of personnel turned a key, Matt Norman scored his second and Nils got his goal off the back (see below) to make it 1-11.

Izzy Yorke came back on for Flo Webb. Nicole scored two running in shots to make it 1-13 and change the ends. Alex Chaffey scored for distance and converted a penalty before Supernova scored a distance shot. Tom Higton scored a running in shot to round the score out 2-16 and bring home the points. Nils Sundstrom took home the MVP mug.