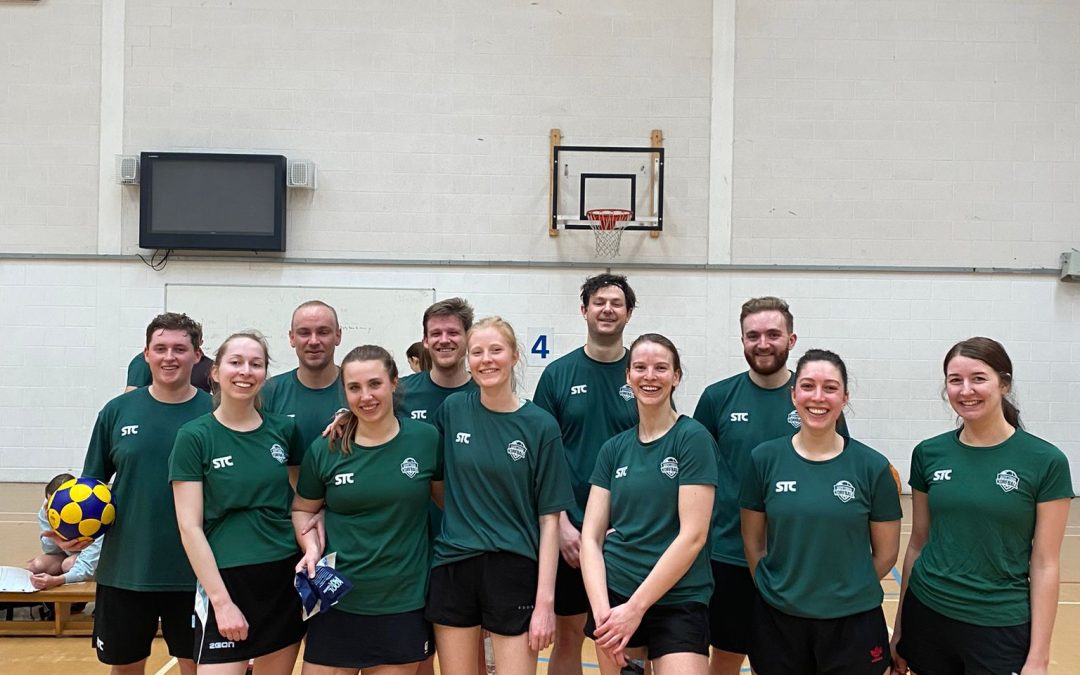 South London Korfball’s first team played their penultimate match of the season and despite making a strong start couldn’t bring home the points.

Mitcham set up with Tom Higton, Frankie Neil, Jess White and Nils Sundstrom in attack, with Sam Wood, Matt Norman, Nicole Williams and Flo Webb in defence. Mitcham went into a 4-0 lead with a runner from Frankie, a short shot from Tom and two distance shots from Matt. Highbury scored the next 3, before Nicole scored from distance. Highbury made the scores level, before Matt Norman took Mitcham into the lead with a long shot. Highbury equalised but Tom Higton converted a penalty to put Mitcham into the lead going into half time.

Highbury came out at half time all guns blazing and score 4 unanswered goals to give them a 7-10 lead. Matt and Tom scored to bring the deficit to 2, but Highbury got three more, before Matt and Tom could bring the Mitcham score to 11. The come back was for nothing as Highbury added another 3. Final score 11-16. Thanks to Dave Bond for helping us out with the refereeing.