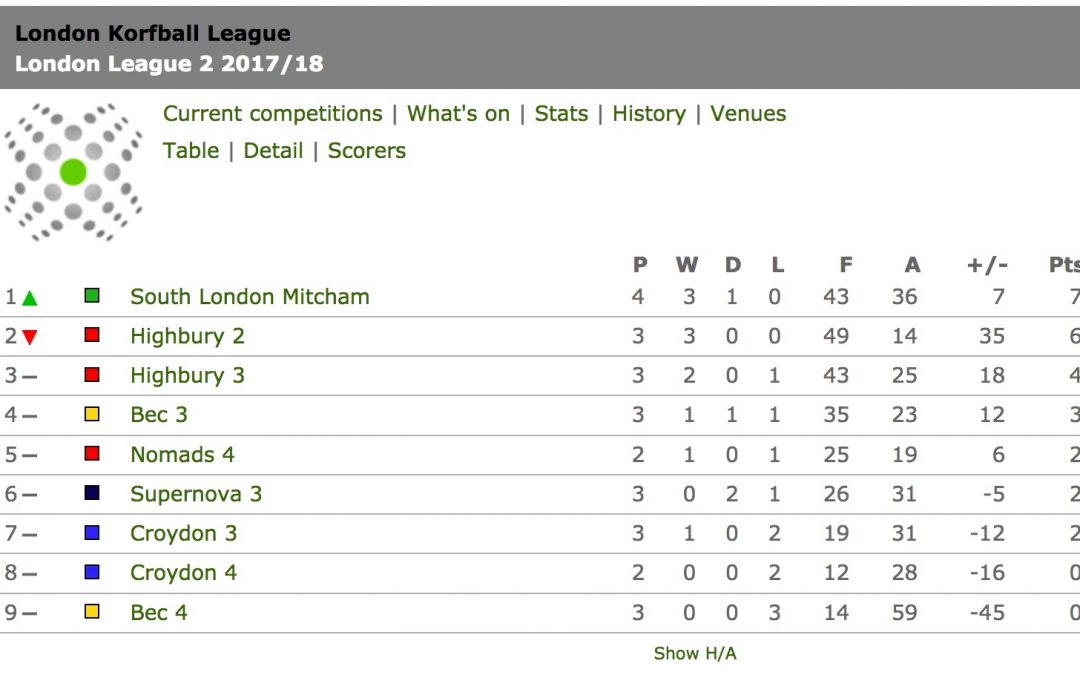 SoloKorf played their fourth game of the season and won again, not by much, but its two points. We’re top of the table, if only for a week. Read on for details.

SoloKorf Mitcham quickly went two up, with a distance shot and running in shot from Tom Higton. Croydon got a goal back, while captain McNaughton got the two goal cushion back with a long shot. Croydon got back into it, capitalising on a loose ball out of defence, but Froeks Kamminga scored a long shot to make it 4-2. SoloKorf scored the next two, Croydon the following two to take it to 6-4.

The second half started slowly, and the game was changed for both teams by Croydon’s Ben Walsh who sustained an ankle injury and had to retire to the side lines. SoloKorf struggled at first to play against 3, but eventually scored the next 4 goals (a near shot from Caroline Banks, a fourth distance shot from James McNaughton and a runner from Froeks Kamminga, a distance shot from Tom Davies). The game looked comfortable, but Croydon fought back scoring 3 goals leaving the final score 10-7.