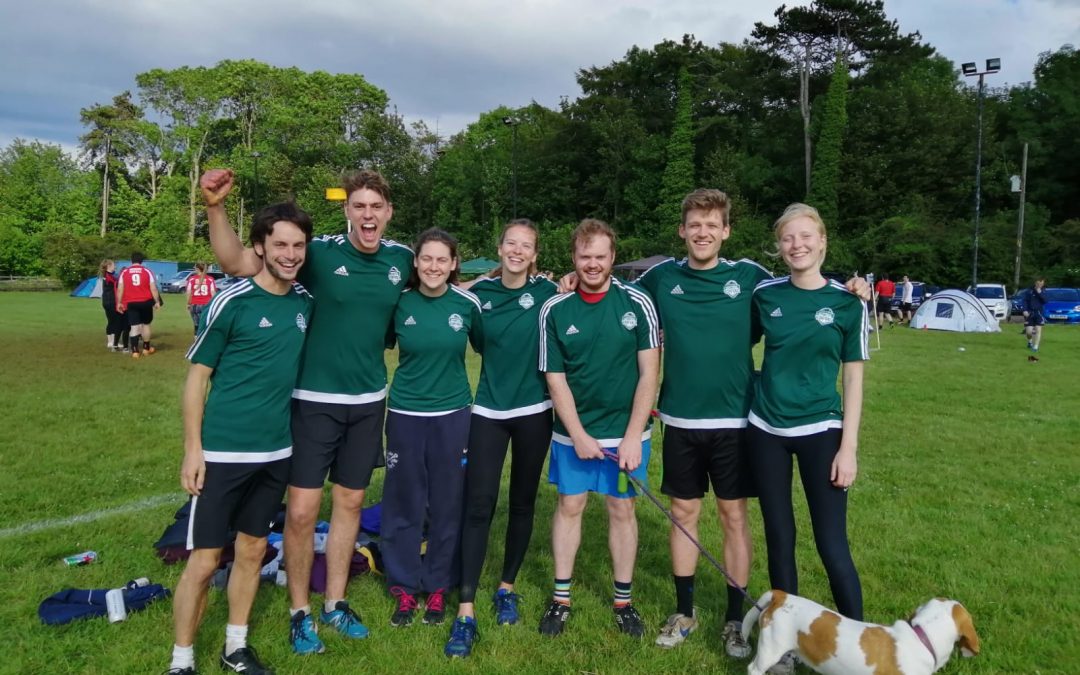 South London Korfball descended on Bristol to kick off the summer tournament season.  The wet conditions and rusty shooting led to some…low scoring games but wins against Abingdon Atoms, Gloucester Lions, Cardiff Raptors and losses against Oxford City and ‘Squad of Losers’ in the group stages put us fighting out for the 9th to 16th positions.  The afternoon saw a slow start and two defeats followed by a win in the final game of the day saw us finish in 15th out of 24.

Special mention to Matt Paterson for joining the team at the last minute and Stu Kettle for putting his twisted ankle on the line for the cause.  Thanks to Bristol City for hosting, our next summer tournament will be in Croydon on 7th July.