Season begins with a close game 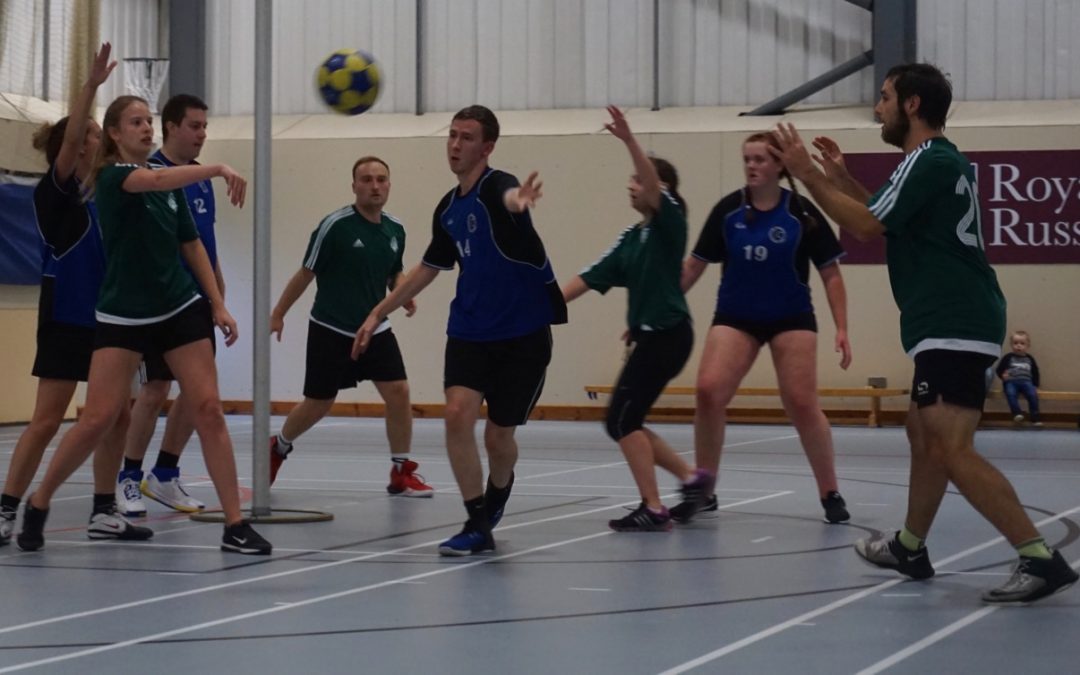 South London Korfball played a close game, but came out on the wrong end of 13-9 result from recently relegated Croydon 2.

SoloKorf made the Sunday afternoon journey to Royal Russell to marvel at the new grippy floor and the oddly rectangular aspect of the korfball divisions. Various low level transport disruptions conspired to keep the players and coach from getting to the venue with enough time to conduct a proper warm up. But never mind.

The team in green set out with captain Tom Higton, Chris Rennison, Sarah Broadberry and Nicole Williams in attack, with Jack Protheroe returning to the team in defence, joined by Luke Broadberry, Jess White and new joiner Emily Brown. Croydon got off to a quick start with a goal from distance after 24 seconds. Solo Korf went a goal up through distance shots from Chris and Jack before Croydon equalised with a runner. Croydon missed a penalty and Solo Korf capitalised, scoring three on the bounce, all from Broadberrys: two from Sarah, one from Luke. Solo Korf made a substitution, bringing on new player Ellie Kadri for Emily. Unrelatedly, Croydon got two back to leave the scores 4-5 at half time.

The second half started tight. A loose pass from Solo Korf lead to an easy chance for Croydon under the post to level the scores at 5-5. Jack scored his second and Croydon equalised, before Nicole restored the one goal lead. Croydon’s experience and savvy coaching from veteran Steve Johnson saw them go on a tear – scoring 5 in a row. Solo got two goals back from Sarah and Nicole, but these were cancelled out by two more goals from Croydon.

Some periods of great play bodes well for the rest of season.

Thanks to Richard for coming along to sub and Liam for the photographs.