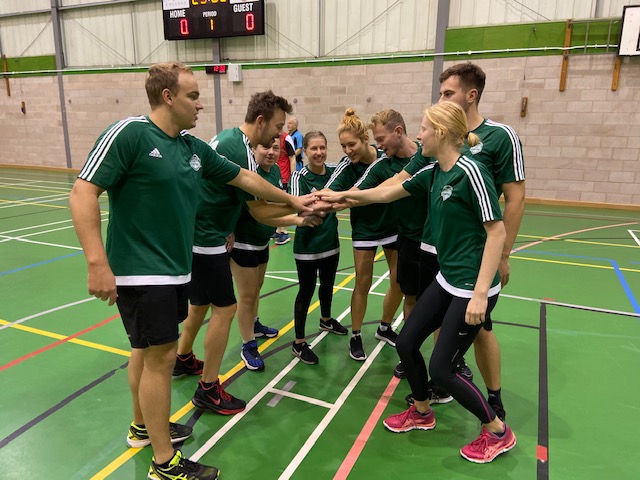 Balham set out with Captain Nicole Williams in attack, joined by the two Richards – Watters and Smith-Utchotski and Lucy Machin. In defence, new joiner Matt Norman (not the Leeds Uni one) started with Chris Rennison, Vitoria Franceshini and Beth Fieldsend. Nomads opened the scoring, but Richard Watters leveled the scores with a distance shot. Nomads went ahead again, with Chris Rennison sinking a distance shot from a Beth Fieldsend assist. On 9 minutes, Captain Williams scored the first of her 4 running in shots. Nomads got the next two goals, before Nicole got her second runner just before half time to leave Balham within one goal at 6-4.

At the beginning of the second half, Nomads scored 4 in a row to take the score to 9-4. Nomads demanded that they stop Nicoles’ runners. Nicole said “hold my pint” and stepped past her defender under the post to get a third and take the score to 9-5 and a change of ends. Balham’s defence stepped up, and Nomads’ scoring rate dropped. Matt Norman got off the mark with a short shot from a rebound. Nomads got another back before Nicole scored her final running-in shot.

A good competitive match. Nomads shot better and deserved to win. Lucy Machin won most valuable player due to her on pitch improvement over the course of the game.