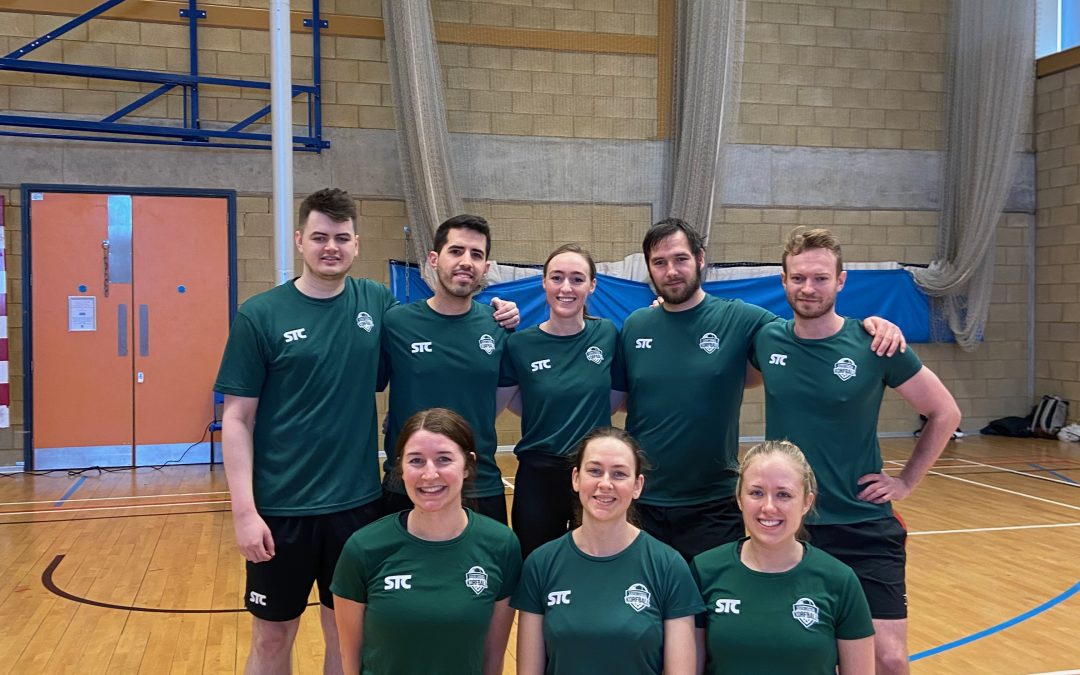 After losing to Highbury 6 back at the end of January, South London Korfball’s second team – Balham – had the opportunity to test themselves against Highbury 6 almost a month later. Balham travelled across the river to revisit Dalston hipsterville to try out what they’ve been working on over the last month.

The team started with Laura (c), Gaston, Meg and Chris in attack and Luke, Izzy, Alex and Becky in defence. Highbury got off to a quick start scoring the first goal. As the ball travelled up the other end, Balham started their attack with a long shot from Meg that came close, but didn’t fall. Highbury scored a runner to make it 2-0 after barely 2mins.

The game then started to find its feet with a number of shots from both teams. Some unsettled passing out of defence from Balham led Highbury to have a few more attacks than should have been the case. After 8 minutes of the game, despite shots that didn’t fall for Balham, Highbury kept their scoreboard ticking over with a goal from Dhruva.

As the first half continued, despite missing a penalty, Highbury took the score to 4-0.

Then, Meg got Balham on the score sheet with a great distance shot! And she continued to find a strong rhythm with a nice interception.

Balham then upped the scoreline again with a long shot from Izzy. A goal fell for Highbury but then Balham’s strategy seemed to be working as Laura took the score to 5-3.

Another for Highbury and then another for Laura, saw the half end 6-4.

The second half kicked off with a fantastic downtown long shot from Alex, closing the gap to 6-5! But before Chris added to the scoreline with another superb long shot (let’s continue to add long shots to our warm up routine!), Highbury had scored another goal meaning the game was now at 7-6.

It was then though, that Balham lost some momentum. After another goal from Highbury, coach Clarke called a needed time out – to allow both ends to re-assess where the strengths were. This didn’t quite fall in to place in time though – and it was Highbury who finished the game 10-6.

With more goals than their last visit to Highbury and with a good team performance, Balham will be seeking to win more of their remaining games of the season.

MVP went to Chris, who undoubtedly was out for a hussle – not letting his player ever win the ball without a contest! 150% effort – well done Chris!