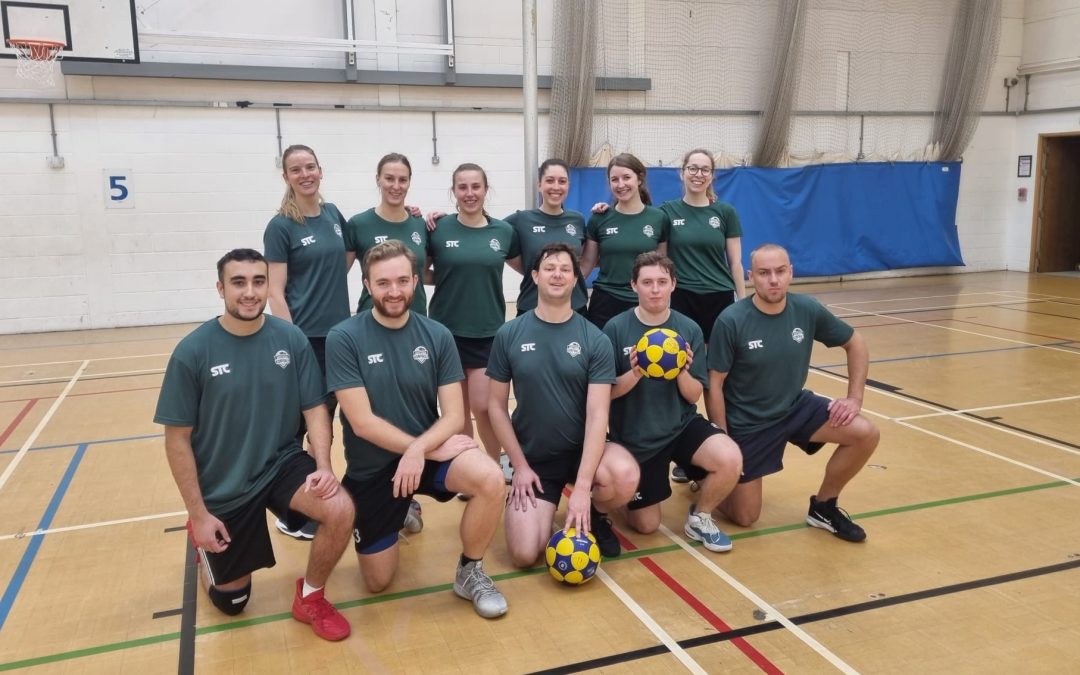 Balham had a tough mid-table showdown against Highbury 6. Eager to win, Balham fired off several excellent early shots but to no avail before Highbury slotted one in to draw first blood. They quickly followed up with another to make it 0-2 and force the first switch.

Some great defensive play from Balham then preceded a smart runner from Sam, expertly assisted by Sarah Broadberry. Highbury immediately scored again to make it 1-3 to force the next switch.

Expert shooting from Flo got Balham their 2nd goal before an extended period of defence where both Sam & Sarah drew defended calls. A shot from Rich from what seemed like miles away sailed in to make the score 3-3.

Buoyed with confidence from drawing the game level, Sam effortlessly sunk two long shots in a row to give Balham a 2-goal lead

Flo managed to draw a penalty and calmly put it away to extend Balham’s scoring run. Just on the stroke of half time Highbury bag a long-shot to make the score 6-4 at the half.

After an inspiring half-time team talk from head of Coaching Liam Clarke, play resumed at a slower space with no goals scored for the opening 6 minutes. Balham begin to get nervous and concede two goals in quick succession to bring the score level. Sam is having none of this and comes off the bench for an injured Chris Rennison to immediately score another long range shot to give Balham the lead once again. Unfortunately this was cancelled out almost immediately by a Highbury penalty.

Balham then calmed down and found their rhythm to score two skillful and well-taken goals from open play from Sarah and Liam. Highbury returned one quickly before Sam bagged another to restore the 2-goal lead. Score 10-8.

Keen to preserve this lead, Liam takes control and bangs in a long range beauty to extend it further. On his debut game, Dan cleverly wins a penalty, before unfortunately missing . Highbury scored a goal before Flo calmly put away another penalty. Highbury take one more consolation goal before the final whistle is blown. Final score 12-10. Game, set, match Balham.