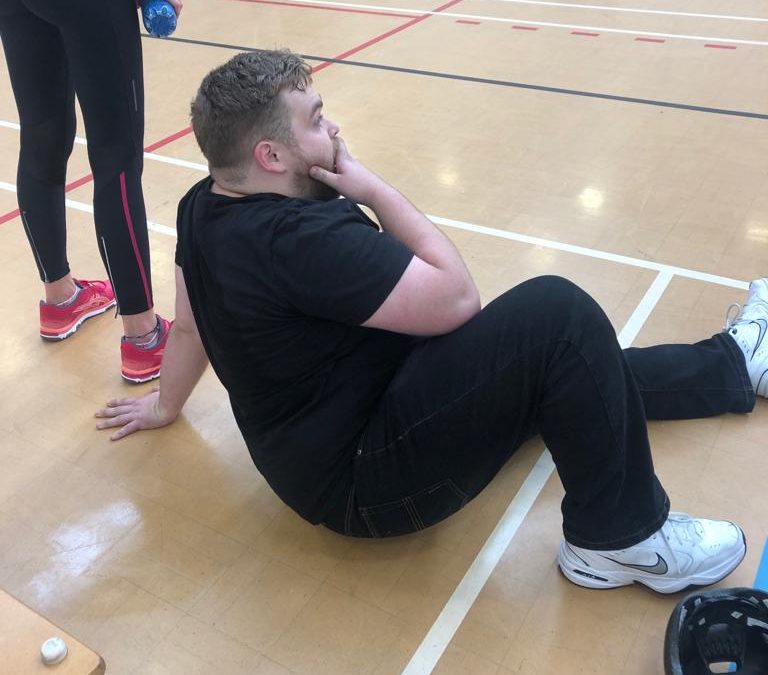 South London Korfball’s first team – Mitcham – got their first win of the season, a 13-9 victory over Croydon 3. Solo Mitcham were in the lead for the whole match, but Croydon made a spirited come back after half time and drew the second half 4 all.

Sarah Broadberry got the goal scoring started after 3 minutes followed by Tom Higton scoring a distance shot. Steph Wood scored shortly after going into attack, with Liam Clarke converting the penalty that Lesley won. Croydon got a goal back, before Tom Higton replied. After a change of ends the goal scoring was repeated with Steph scoring and Liam converting another penalty to make it 7-1. Croydon got one back, but Nicole scored from distance to make it 8-2 and Solo made their first substitution, Froeks Kamminga coming on for Lesley. Croydon scored two before half time, with Froeks also getting a goal to leave the scores at 9-5 going into the break.

The second half started slowly. Liam won and scored a penalty to make it 10-5. Croydon scored, Nicole got her second (11-6) and Lesley returned to the pitch in place of Sarah Broadberry. Following another Croydon goal, Solo scored 2 more through Froeks and Steph to make it 13-7. Sarah Broadberry replaced Nicole and Croydon scored 2 more to finish 13-9. Coach Piper was pleased, but thought we could have done better. Onwards and upwards.