Phats and Small were right … 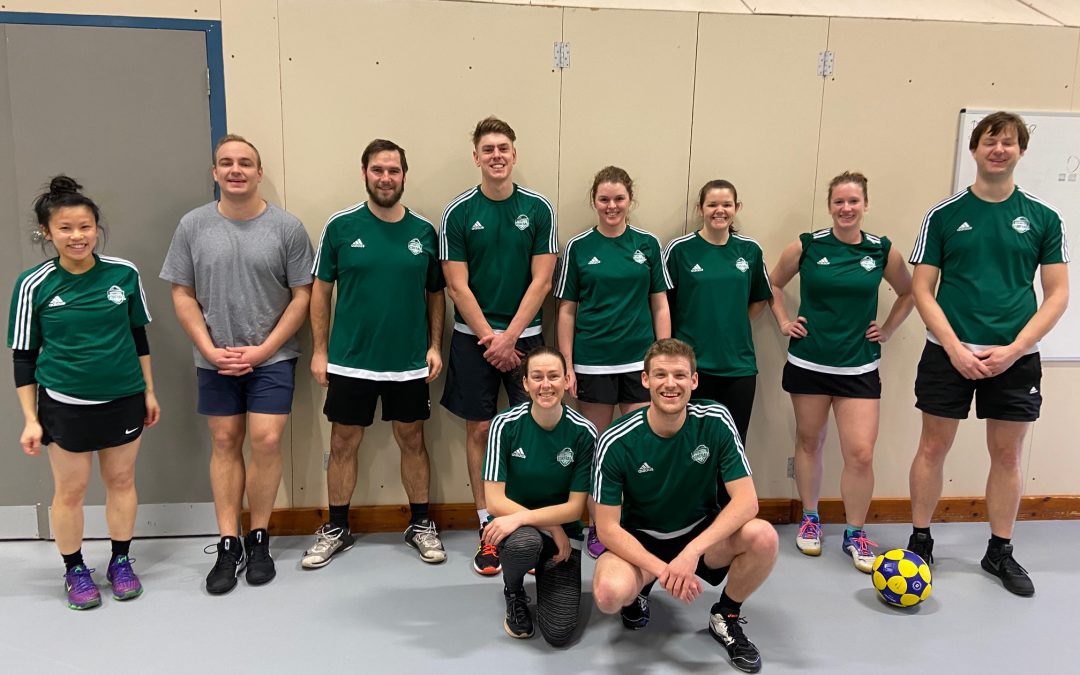 … you’ve got to turn around. And South London Korfball did that with a 17-6 win against a spirited Croydon 3 after some close games with no points.

Coach Piper changed the divisions from his phone shop. The Tom’s (captain Higton and Davies) started in first attack with Alice Howard and Izzy Yorke. In defence, Matt Norman and Edwin Huijberts paired up with Steph Wood and Sarah Morgan.

South London took first blood, with Izzy Yorke assisting a Higton runner before Tom Davies slotted home a drop off shot from a Higton assist. Croydon got one back with a distance shot before Edwin scored from close by with an assist from Matt Norman. Higton scored his second runner, this time assisted by Alice Howard, but Croydon got one back. Sarah Morgan scored a running in shot before the first subs of the game – Luke Broadberry coming on for Tom Davies and Kitman Wong for Alice Howard. Steph scored a runner and after the change of ends Croydon were awarded, and scored, a penalty formoving the post. Tom Higton got his first half hat trick to make it 3-7, before the whistle blew.