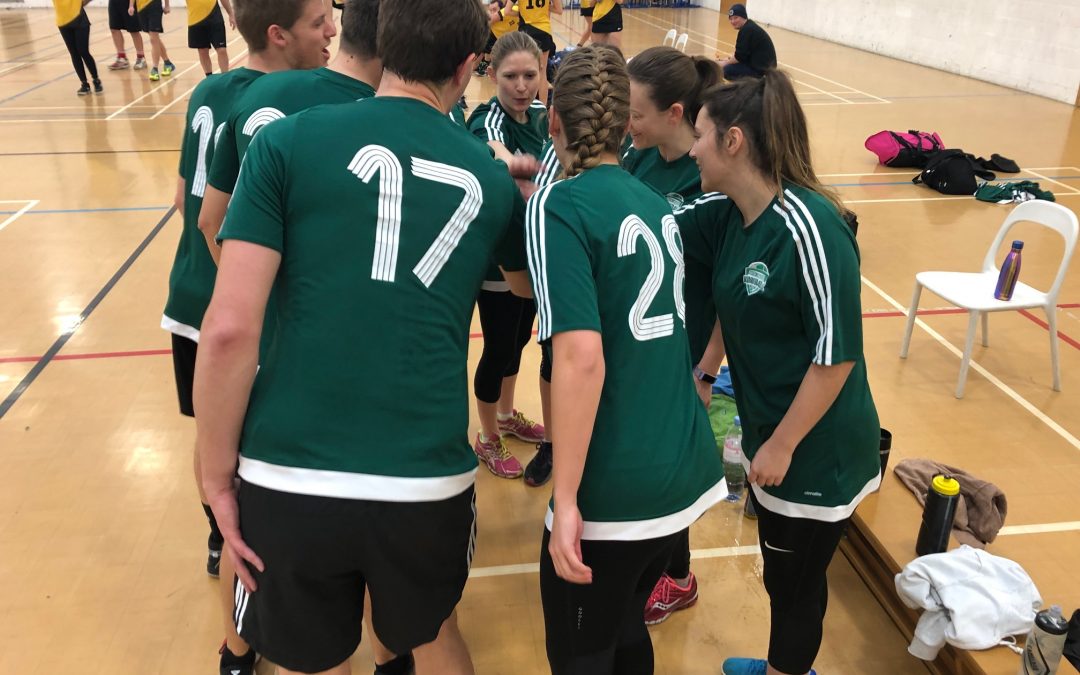 South London Korfball Mitcham earned their first points of 2019 with a hard fought victory over Bec 3.

Solo Mitcham started well, with a number of multiple shot attacks, but couldn’t sink the ball. Bec got on the score sheet after 4 and a half minutes with a running in shot from Annie Rheason and scored a second a minute later. Bec’s third – a turn from the assist – came 2 minutes later to leave Solo Mitcham 0-3 down. Caroline Banks earned a penalty, which Tom Higton converted and Jack Protheroe scored a penalty he had won himself to take the score to 2-3. Coach Clarke called a time out to set out some defensive tasks. After the break, Jack scored a distance shot to draw the scores level. Bec scored a distance shot of their own before Richard Watters slotted home from mid range to bring it level again. Bec scored a runner before half time to make it 4-5 just before half time.

At half time, Solo Mitcham made a substitution bringing on Eloise Peck for Izzy Yorke. Things started cagey, but Bec managed to score a runner and a long shot to make it 4-7. Tom Higton quickly replied with a distance shot, but Bec scored again to make it 5-8. Jack converted a penalty with 4 minutes to go to bring the scores within 2. Coach Clarke subbed himself on and scored with almost his first touch, mopping up a missed shot and scoring underneath the basket. The next Solo Mitcham attack saw Tom Higton score a runner to bring the scores level. With the game near the end, Jack Protheroe won and scored a penalty to finish the game 9-8 with 2 points on the boards.