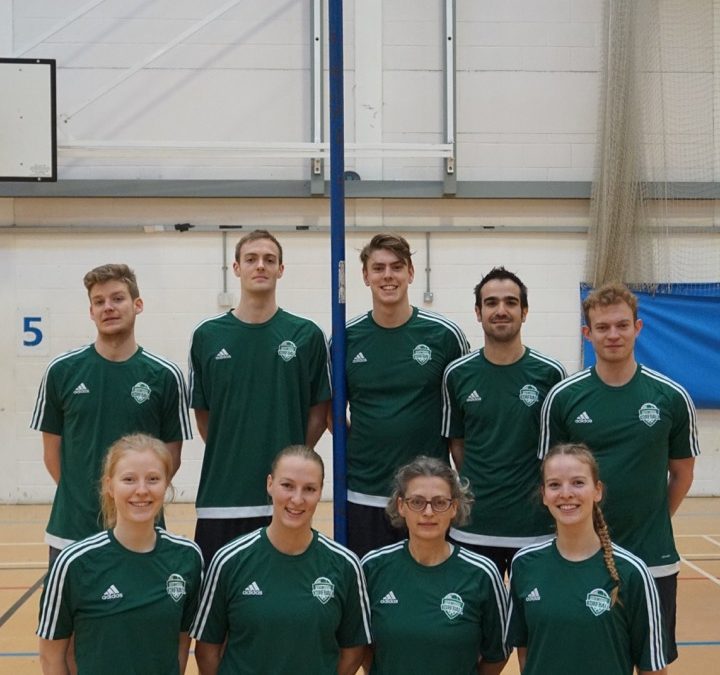 South London Korfball ran out in their new kit and beat Supernova 3 to take the two points and (until other teams play their games in hand) the top of the table spot.

SoloKorf took delivery of their new shirts (see photos) and arrived a Ernest Bevin to face a sauna. The heating had been left on all night and 30 minutes of fire doors would be needed to get it to a reasonable level. Tom Higton, Tom Davies, Froeks Kamminga and Sarah Broadberry started in first attack. Captain James McNaughton, Chris Rennison, Nicole Williams and Jess White started in first defence.

SoloKorf took 6 attacks and 6 minutes to score their first goal, a short shot from Sarah Broadberry. Tom Higton followed up a minute later with a another short shot. SoloKorf took a 4 goal lead with two goals from Giannis, the second with an excellent assist from Captain McNaughton. The change of ends saw Tom Higton chip in with a goal underneath the post from a Kamminga assist, the favour returned two minutes later with a distance shot from Froeks. 6 goals down, Supernova got off the mark with a distance shot, but Giannis got one back to take the scores to 7-1. Supernova were awarded a penalty, which was quickly converted. Higton scored a runner from a Broadberry assist and Supernova scored just before half time to take it to 8-3.