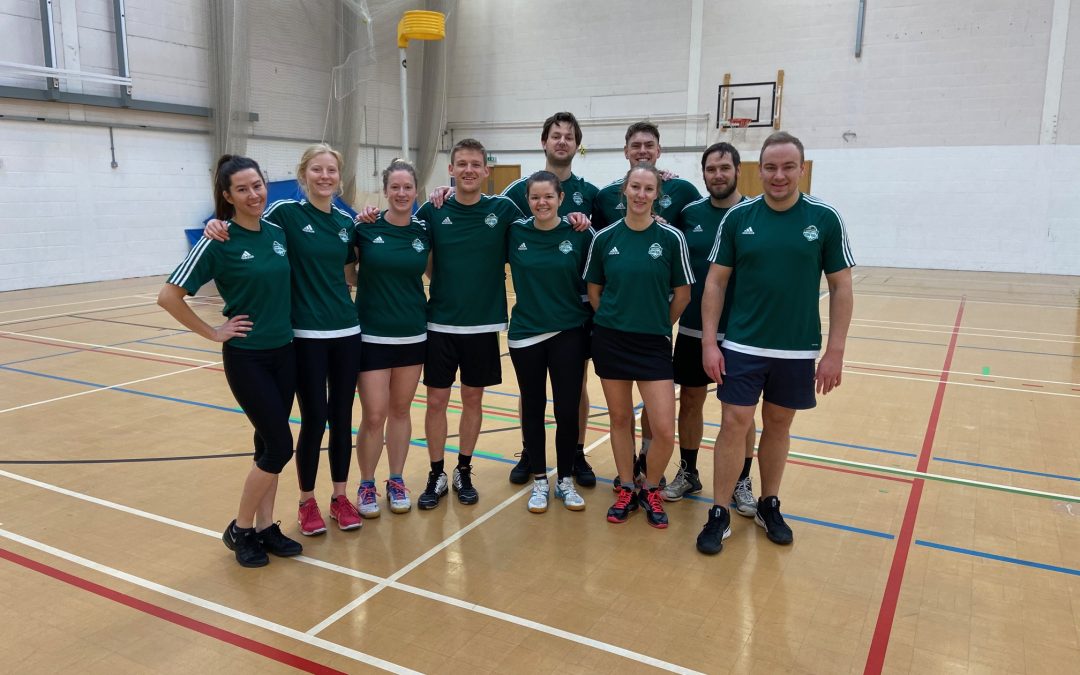 South London Korfball’s first team – Mitcham – returned to action after a few weeks off with a home game against Croydon 2, but couldn’t convert enough of their chances.

Captain Tom Higton lined up with Sarah Broadberry, Izzy Watterson and Edwin Huijberts in first defence with Matt Norman, Tom Davies, Steph Wood and Sarah Morgan in first attack. Matt Norman opened the scoring, but Croydon got the next two. Edwin Huijberts scored a runner to get the scores level at 2-2. Mitcham missed a number of chances, but Croydon converted theirs – scoring the next 3 goals before Tom Higton scored a running in shot before half time to make it 3-5.

Mitcham opened the second half scoring with a mid range shot from Steph Wood. Again, a dry patch allowed Croydon to score 4 without reply. Sarah Morgan and Izzy Watterson scored running in shots and Tom Higton scored a distance shot to make it 7-9. Croydon scored one more to make a three goal gap. Steph Wood and Tom Davies scored from distance, but it wasn’t enough. Final score 9-10. Matt Norman won MVP. Here he is getting his mug.