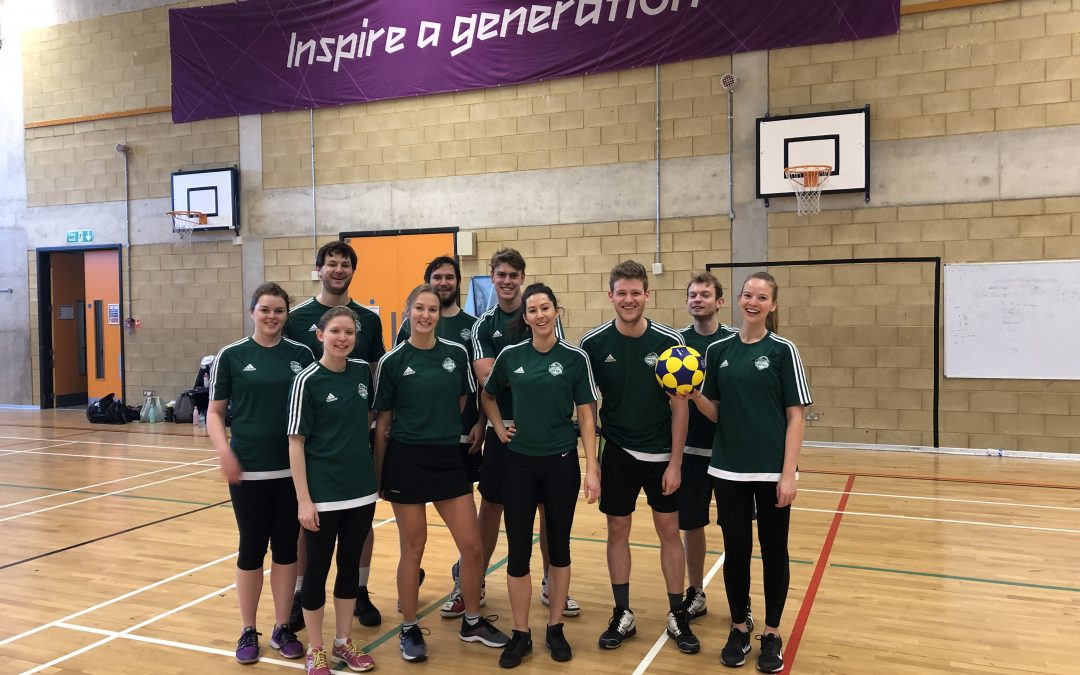 The game got off to a good start with Tom Higton scoring off the back of the post after a 4 shot attack after 45 seconds. A series of lengthy, multiple shot attacks did not result in a goal and Highbury brought the scores level after 9 minutes. Solo rang the changes, bringing on Tom Davies for Tom Higton and Caroline Banks for Izzy Watterson.  Sarah Broadberry scored from distance and Edwin from under the post to give Solo a two goal cushion. Highbury worked their way back into the game as Tom Davies’ division shot, but couldn’t convert. After 20 minutes, Izzy Watterson came on for Jess White. Caroline quickly converted but Highbury brought the scores level at 4-4 just before half time.

Shortly after half time, Jess White came on for Alice Howard and Tom Higton for Chris Rennison. Tom Davies scored from distance after 7 minutes, but Highbury scored two in a row. Caroline scored from distance and Tom Higton scored a runner, but Highbury equalised and with the last action of the game won a penalty, converted it and won the game 8-7.