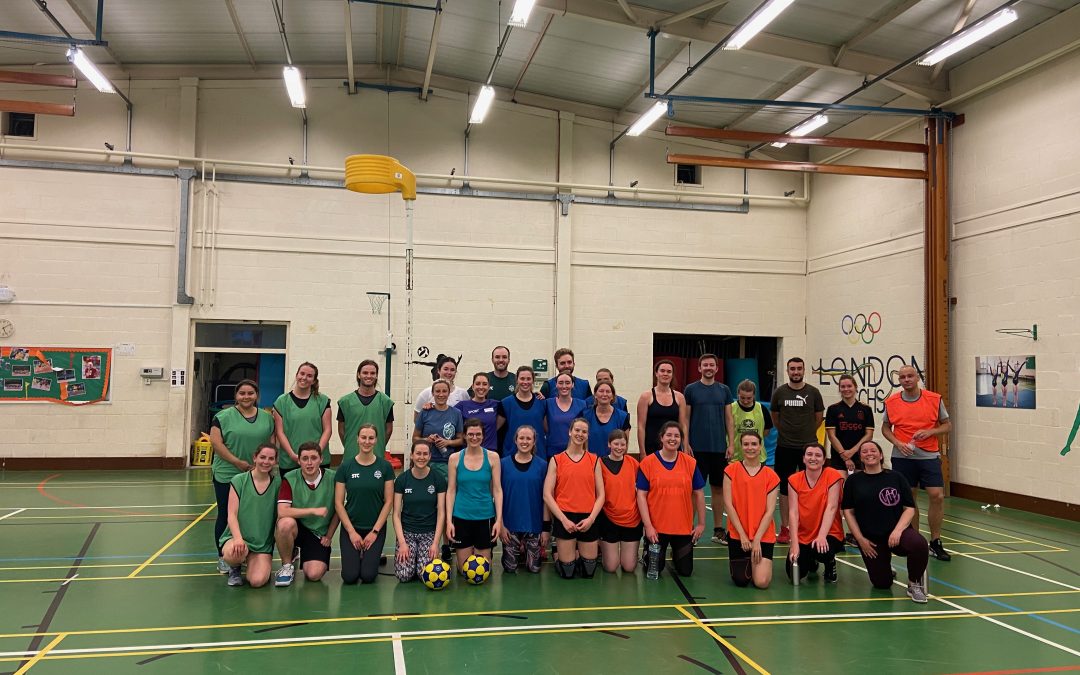 South London Korfball came out in numbers on Tuesday night, with 30 people fighting for the points and the possibility of a (very small) trophy next week when Korf4All comes to an end … for now.

The teams were rearranged, but Streatham won again with a clean sweep of the other teams. Last week’s third placed team Tooting moved up one place to second on the night. Balham – who came bottom last week – came third. Wandsworth stayed in 4th position, and last week’s runners-up, Mitcham, came last.

Thanks to everyone who played and those few that were chosen to referee. See you next week.