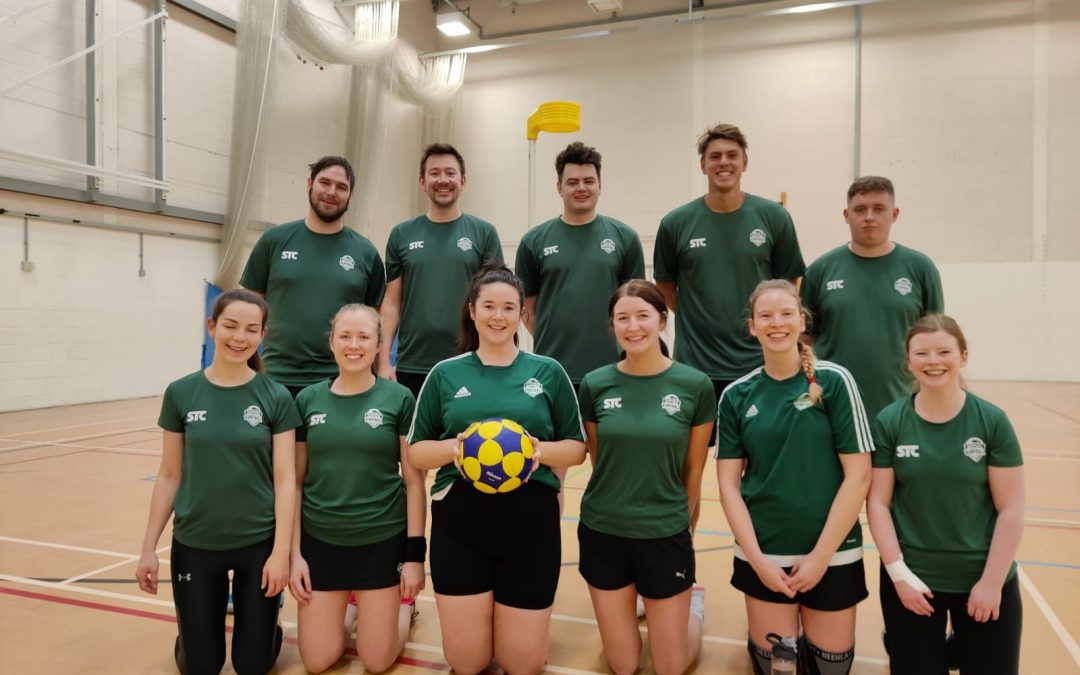 South London Korfball’s second team started 2022 with a home game against Trojans 3. Balham set out with Tom Davies, Alex Aiton, Anna MacBride and Laura Jenkinson in first defence. Sam Wood, Luke Broadberry, Becky Torn and Gemma Matthews started in defence. Against a TROJANS side included our part time coach Alan Piper, SOLO started slowly and ended up 2-0 down inside 3 minutes. SOLO then woke up and started defending well and fought back through a short-range shot from Luke Broadberry.

TROJANS restored their two goal lead before Laura Jenkinson pulled one back with a great shot.

Alan Piper then nicked a cheeky dropoff that caught Sam Wood off guard. Becky Torn then replied with an excellent longshot to take the score to 4-3.

Good defensive teamwork and a lot of switching kept the game fairly even untill the 18 minute mark. SOLO then made a number of subs which disrupted their gameplay and led to several goals for TROJANS. Laura Jenkinson kept SOLO in the game with a well taken runner

SOLO lost momentum and concentration as the half continued and stopped scoring to leave the game 8-4 at half time.

After an empowering motivational speech from Tom at the break, SOLO came out and instantly conceded. The difficult stretch of the game continued with TROJANS continuing to score without reply from SOLO.

As the 2nd half continued SOLO lost their energy and seemingly their interest in the game which resulted in multiple goals for Trojans, including 2 free passes from a very talented England international.

A sneaky goal under the post from Sam Wood and a nice shot for Rich Watters gave SOLO a couple of goals for the half.

Overall a solid performance against a talented team that just needed some a bit more energy from SOLO to keep the match competitive to the final whistle.

MVP AWARD went to Laura Jenkinson who provide 2 brilliant goals and some much needed creativity to the team.

Special mention and thank you to Liam for reffing, however Sam Wood was definitely defending that goal you gave against us.