Great promise, but no points (again) 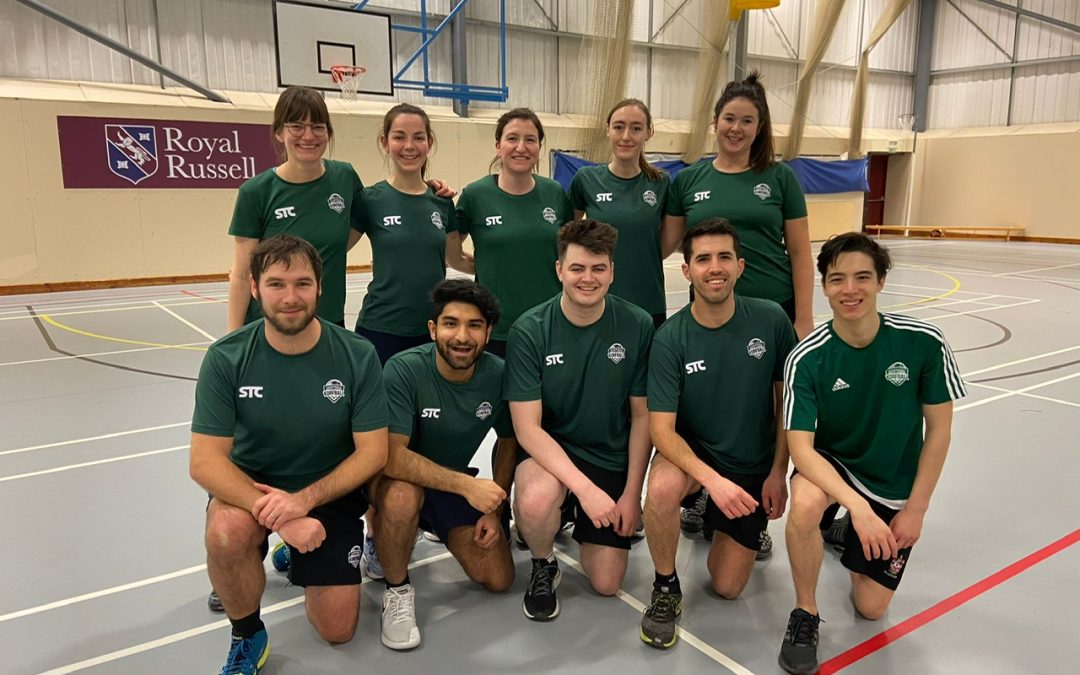 South London Korfball’s second team, Balham, had a difficult day away against Croydon 3, and whilst great promise was shown there was no win today.

Croydon opened the scoring but Captain Luke quickly responded with a converted drop off shot shortly afterwards. A loose ball saw Croydon get ahead. Balham quickly responded and Alex A brought the scores level with another drop off. Here the scoreline started to widen against the greens, with Croydon scoring two more goals before Balham made some substitutions. Sean Gordon came on for his debut, replacing Amir, with Alex Stewart taking Ellie’s spot. Two more long shots saw Croydon stretch their lead further with the score ending 6 – 2 at half time.

Balham began the second half positively, with some good passing and attempts on goal, but were unable to convert shots into goals. Croydon continued to score, getting four more goals in quick succession with no response from Balham. Amir came on for Alex A, with Alex A quickly subbed back on for Sean. Alex had looked Balham’s most likely threat and bringing him back on put some pressure on Croydon and maybe get Balham back into the game. Unfortunately Croydon continued to pile on the pressure and convert the goals, with Croydon now leading 11 – 2. Ellie came on for Anna, and some good play from Balham saw Luke convert to bring the score to 11 – 3. Following his addition to the scoreline Luke came off for Sean, with Croydon responding immediately with a running shot, putting the game further out of Balham’s reach.

Luke took a final turn in Gaston’s place, but Croydon’s dominance continued with two additional goals before the final whistle blew. Whilst there was some great teamwork, long shots and recycling of the ball, today wasn’t Balham’s day and they couldn’t respond to Croydon’s pressure. Despite today’s scoreline, South London’s Korfball second team showed great promise and once the goals start to flow will undoubtedly see more victories in the future.

The MVP went to Merel for strong defending and great movement of the ball.