Getting better, but not good enough 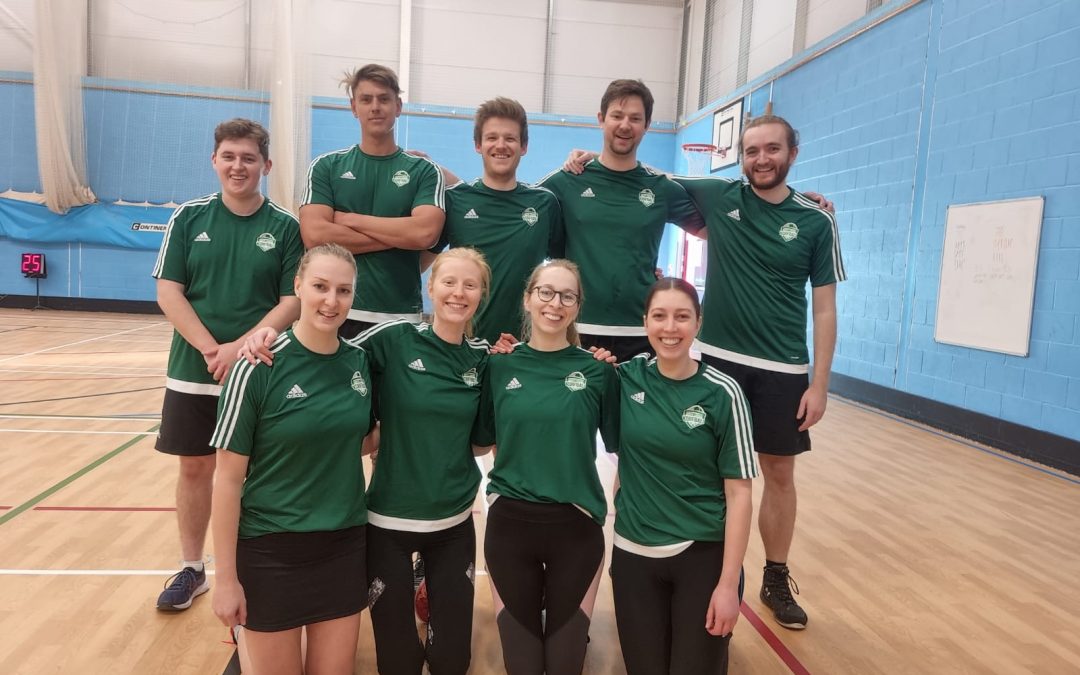 South London Mitcham played Bromley 2 in a close game, but just couldn’t close it out and lost 15-12.

Mitcham set up with a bronzed Tom Davies in attack, joined by Sam Wood, Alex Chaffey and Flo Webb. In first defence, Captain Sarah Broadberry, Nicole Williams, Tom Higton and Edwin Huijberts. Mitcham went one down to a goal that lesser referees would have called as cutting, Bromley quickly got a second. Captain Broadberry quickly got one back with a mid range shot and Tom Higton swapped the ends with his first goal of the game. Sam Wood scored under the post to give Mitcham their first lead of the match. Bromley scored two before Edwin Huijberts equalised with a running in shot. Bromley scored a distance shot, that looked defended from anywhere but the sideline where the referee was stationed, and quickly used a move that looked suspiciously like cutting to go two goals up. Tom Higton scored just before half time to make it 6-5.

Nicole Williams came out of the blocks to make it 6-6, Bromley re-took the lead but Alex Chaffey scored a running in shot from substitute Nils Sundstrom’s assist. Bromley scored two more, before Flo Webb brought the scores close to 9-8. The teams traded goals, Bromley opening a two goal lead before Tom Higton and Sarah Broadberry brought the scores level to 10-10. Bromley got another two before Edwin slotted in from under the post. Bromley opened up a two goal lead and Nils got Mitcham wto within touching distance at 13-12. Mitcham couldn’t find their advantages and conceded two more goals to make it 15-12.