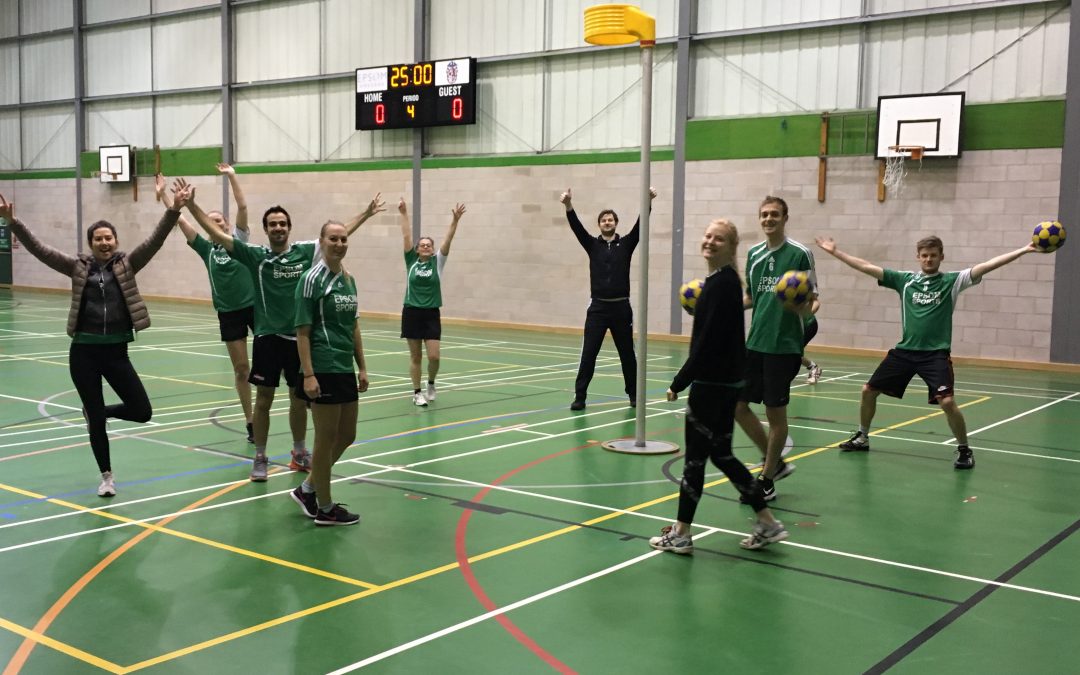 South London Korfball’s team (Mitcham) made the journey to Epsom on Sunday morning to play their first game in 3 weeks against Nomads 4. Nomads played very well and led for most of the match, with Solo Korf managing to salvage a draw. Froeks Kamminga, Sarah Broadberry, Tom Higton and Edwin started in first defence, with Jess White, Izzy Watterson, Giannis Sarrigiannis and Tom Davies in first attack.

Nomads took first blood and it took Tom Davies to get Solo Korf off the mark. A sloppy pass from defence led to another Nomads goal, putting the attack under pressure. After a number of multi-shot attacks, Sarah Broadberry found the basket from a medium distance. Nomads edged ahead again and Jess White drew the scores level, before Nomads went ahead just before the break.

Solo Korf quickly got the scores level from a running in shot from Nicole Williams. Nomads went one ahead before a 3 goal streak from the away side. Captain James McNaughton scored a long shot, Nicole slotted home from mid distance and Tom Higton scored a runner to leave Solo Korf 5-7 up. The away team attacks floundered under Nomads’ defence; shots fell short and runners were spat out. Nomads replied with a 3 goal streak of their own to make it 8-7 to the home team before Tom Higton brought the teams level. Solo Korf had a few chances from distance but couldn’t get the winner. Solo Korf played well, but didn’t shoot well enough.