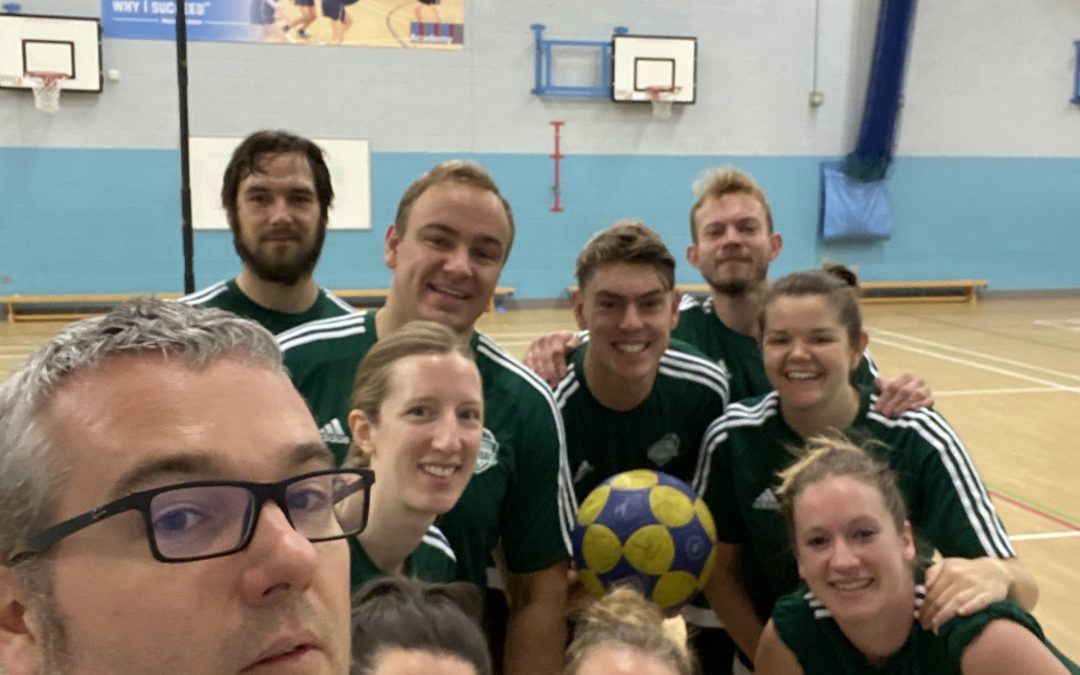 South London Korfball made the trip to Hammersmith Academy and came back with a hard fought point.

South London Korfball set out with new recruit Matt Norman in defence with Luke Broadberry, Captain Steph Wood and Sarah Broadberry. Starting in attack – Tom Davies, Liam Clarke, Sarah Morgan and Lesley Potter. Unfortunately, we lost the clipboard with the scorers on so the write up is going to be done from memory.

South London raced into a two goal lead, with a short goal and distance shot from Liam Clarke. In the small hall, both teams were able to smother each other. Chris Rennison and Izzy Watterson came on for Liam Clarke and Sarah Broadberry but Supervnova took a 4-2 lead going into half time. Communication issues from the home team about when the half ended enabled Supernova to get a couple of extra shots in, but fortunately they weren’t scored.

In the second half, Liam and Sarah came on for Luke and Lesley. The teams traded goals. Tom Davies scored 2, Matt Norman got his first for the club, Steph Wood scored from distance as did Sarah Broadberry. Going into the end of the game, the score was 6-7. Supernova equalised and in the last couple of minutes, Solo got a penalty – which Liam whistled over the top of the basket. Solo had another couple of chances to win the game but it wasn’t to be.