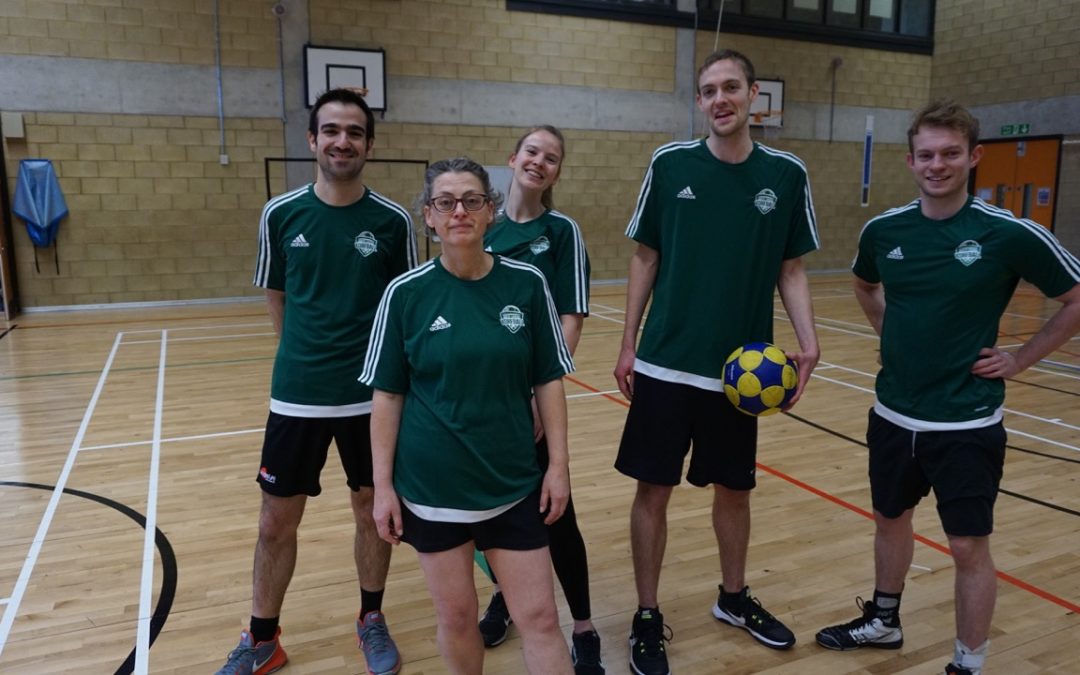 SoloKorf made their way to North London on a day when overland trains to Dalston’s two stations were in short supply. No points were forthcoming and Highbury 2 were worth the win.

SoloKorf’s first two attacks started well, with multiple shot attacks. Highbury scored on their second attack, SoloKorf won a penalty in their third attack – but missed it. Highbury went 2-0 up and got another 2 before Giannis Sarrigiannis got one back. Half time couldn’t come soon enough as SoloKorf went 7-1 down.

The second half started better. SoloKorf were attacking better, but Highbury continued their scoring. After going down 9-1, Tom Higton found the basket twice in quick succession to take the scores to 9-3. SoloKorf made a number of chances, but couldn’t sink them, while Highbury found theirs. Froeks scored to take the scores to 12-4 and Jess and Tom got numbers 5 and 6 as consolations. Highbury were awarded a last minute penalty as a result of double defending to take the final scores to 18-6.

A disappointing outcome, but Sophie Hackforth-Jones got her league debut and performed admirably.