Defeat at the end of the legs 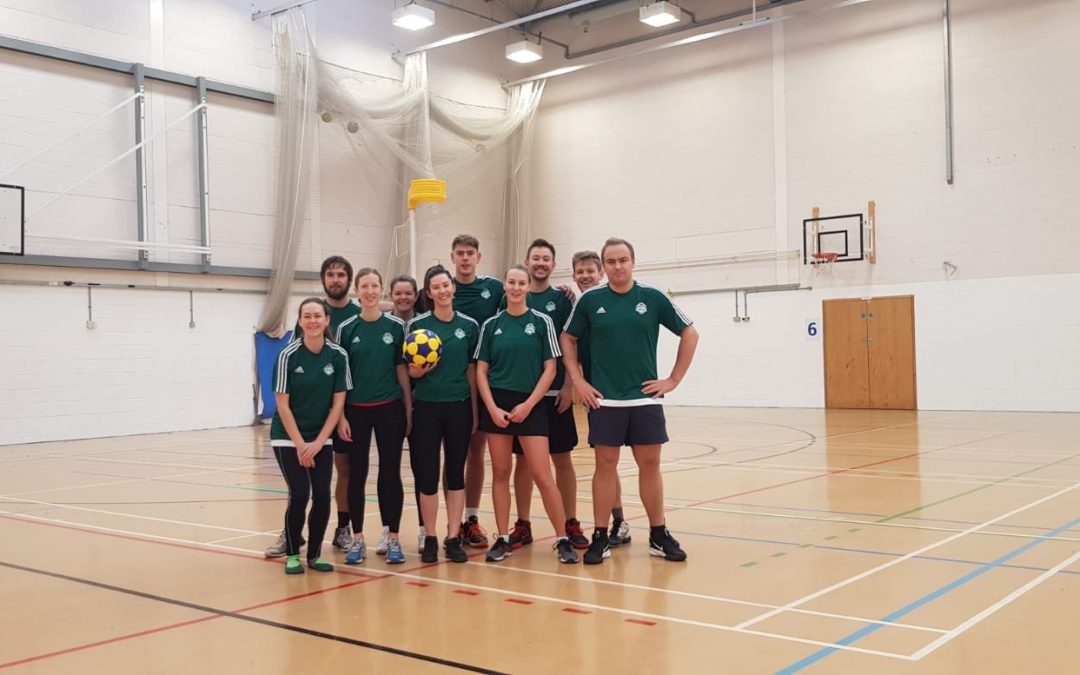 South London Korfball’s first team had a home game after a while and came close, but ultimately lost 16-11, to a Nomads 3 team that had plenty of flair and experience.

Coach Piper set the home team up with captain Tom Higton playing with Luke Broadberry, Sarah Broadberry and Izzy Watterson. Down the other end, Matt Norman lined up with Tom Davies, Sarah Morgan and Lesley Potter. Nomads raced into a 3 goal lead within 4 minutes before Coach Piper called his first (and only allowed in LKA 2) time-out with 9 minutes gone. Nomads got 2 more after one of their players injured themselves, before Tom Higton and Sarah Morgan got Mitcham back in the game (2-5). Tom Davies added a third, and Tom Higton got a fourth to make it 4-5 with 19 minutes played. The fairytale comeback of the first half wasn’t to be with Nomads scoring a further 3 goals before half time to make it 4-8 after 25 minutes.

The second half began with a refreshed Mitcham. Tom Higton scored a long shot, Sarah Broadberry scored from mid range to make it 6-8 and a change of ends. Tom Davies scored a long shot to make it 7-8 and Mitcham got another goal back to change the ends. Nomads put their noses in front, but Tom Higton hauled Mitcham back to parity. Coach Piper shuffled his pack, making 3 substitutions to swap Tom Higton and Matt Norman, but to no avail. Nomads went on a tear, scoring 4 goals without reply. Tom Higton converted a penalty to make it 10-13, but Nomads would go on to score 3 more, with Matt Norman getting a late consolation goal and the final score finishing 11-16.