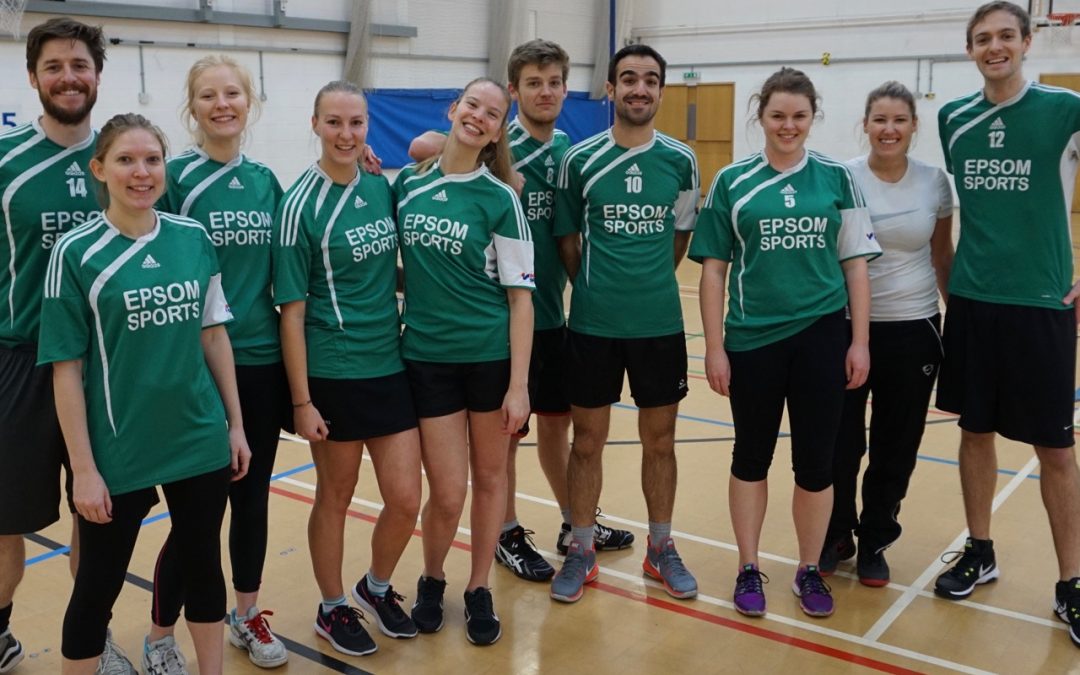 South London Korfball’s first team – Mitcham – played their 6th game in 6 weeks (we’re not complaining) having lost their previous game. A win would put them top of the table, if only temporarily while Highbury 2 had a weekend off.

A last minute drop out meant that SoloKorf had to dip into its pool of semi-retired players and Grant Calder, ex Edinburgh Uni and Bec, made his first start for a while. SoloKorf also played their new recruit Sam Medcraft from the bench. Grant was put into first attack along with Tom Higton, Sarah Broadberry and Jess White. Captain James McNaughton was joined by Greek international Giannis Sarrigiannis, Alice Howard and Nicole Williams. The goals came thick and fast as SoloKorf found their rhythm. The higher shots were more being rebounded and the attacking players made better shot selection than in previous games. The boys scored the first 4 goals, with Tom Higton getting his two within the first 2 minutes, while James and Giannis took 3 minutes to get theirs. Jess got the first of the first half female goals with a distance shot after 6 minutes. The 4 boys scored one each before the first subs of the match were made. Sam Medcraft came on for Nicole, while Caroline Banks came on for Jess White. Bec got one back as Giannis tried to put his player under pressure, but SoloKorf would go on to get 4 more before the break, with Alice scoring the 11th with a well taken long shot. The teams went in at half time 13-1 up to SoloKorf.

The second half saw 3 more goals from SoloKorf before the second round of subs; Sam Medcraft and Sarah Broadberry contributing with distance shots. Some good possession and recycling of the ball let SoloKorf get to 24-1, with Caroline scoring  a distance shot 13 minutes into the half. Nicole was the last to score by which point the lead was 25-2. The teams exchanged goals and it finished 26-3. Nomads 4 next week.