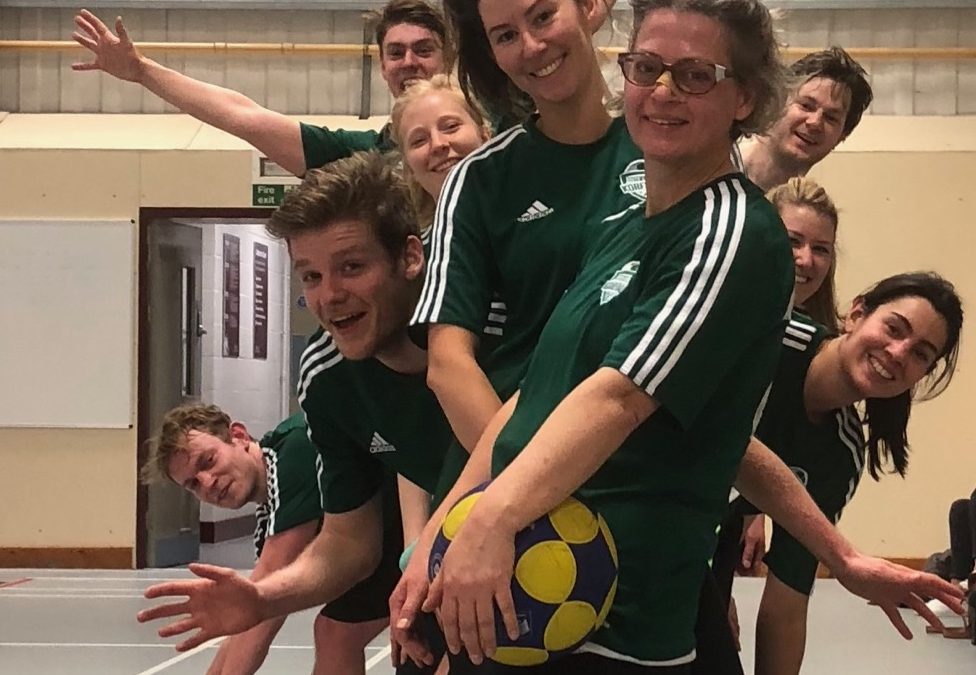 South London Korfball made the short in distance, but long in time, journey to Royal Russell. We were pleased to see the new playing surface, a marked improvement on the ice rink that was in place last season. Croydon Korfball Club also have a very natty LED score board that made our 12-7 win look even better.

SLK Mitcham had a late drop out, with Captain James McNaughton falling ill and not being able to make the game. Chairperson Tom Davies stepped up to the captaining plate and was joined in first defence by Edwin Huijberts, Nicole Williams and Sophie Hackforth-Jones. Tom Higton, Chris Rennison, Froeks Kamminga and Izzy Watterson started in attack with Sam Medcraft on the bench.

SLK started strongly with a few multiple shot attacks, but it was Croydon that drew first blood converting a penalty that was won through an aggressive run to the post. Froeks Kamminga equalised shortly afterwards with a short shot off a untaken running in shot. SLK won their first penalty which Captain Davies converted following plenty of pre-game practice. Edwin Huijberts then scored from under the post to make it 3-1. Croydon got one back, but SLK’s female players got back on the score sheet with a well taken running in shot from Sam and a distance shot from Nicole to make it 5-2. Croydon scored, SLK rotated their girls, Higton scored a runner to make it 6-4 at half time.

The second half started slowly for SLK. Croydon got two goals in a row, before the green machine got back into the game. Tom Davies scored a distance shot to make it 7-5; Tom Higton and Froeks took the scores to 9-5. At the change of ends Tom Davies scored a penalty to take it to 10-5, after which Croydon responded with two more goals. Izzy Watterson and Edwin scored to make the final score 12-7.