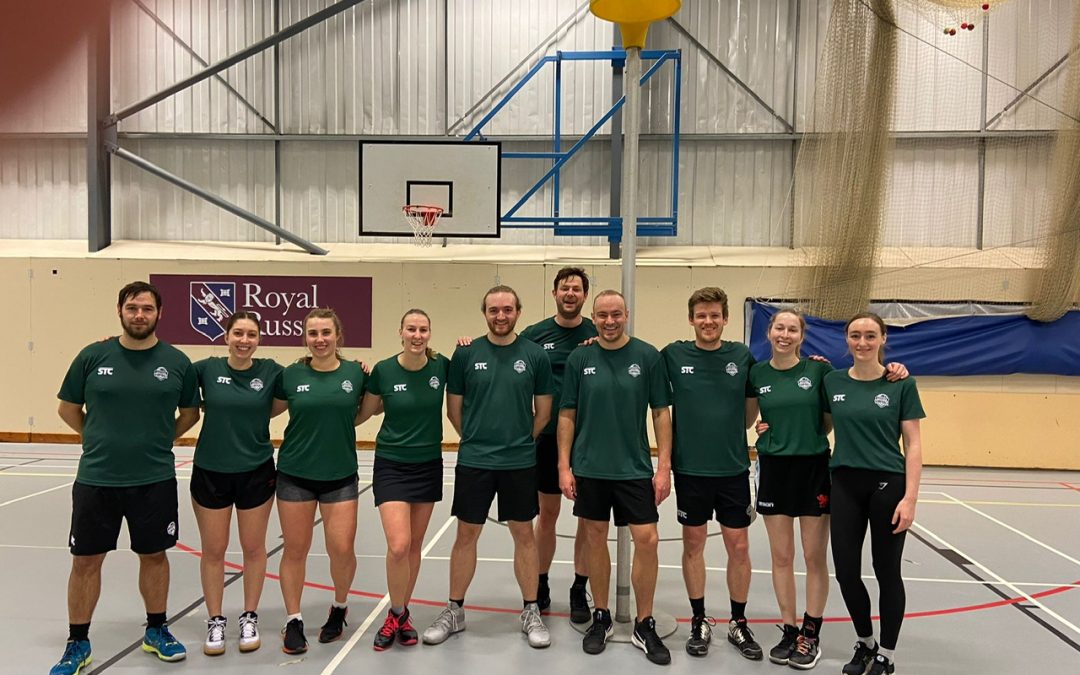 South London’s first team Mitcham made the journey to Croydon to play second in the league Croydon 2. Mitcham were staring up at Croydon from their newly minted second from bottom position. Not quite top vs bottom, but close. Captain Sarah Broadberry started in attack along with Frankie Neil, Tom Higton and Edwin Huijberts. Down the other end Alex Chaffey, Flo Webb, Matt Norman and Nils Sundstrom started in first defence.

Mitcham started with a five shot attack that resulted in no goals. Croydon opened the scoring with their first shot. Mitcham attacked at length and Edwin opened his account with a distance shot just before the three minute mark. A swap of ends and Matt Norman scored underneath the post from a Chaffey assist. Croydon scored their second shot and added a third shortly after the ends had switched. Sarah Broadberry’s division attacked well but could not find the hole. Croydon got their fourth after sixteen minutes. Matt Norman in attack, scored a runner and a shot off the back to equalise at 4-4. Frankie Neil and Tom Higton found their range and put Mitcham back in the lead. Tom Higton competing for a ball in defence gave away a penalty leaving the score at 5-6 at half time.

Croydon equalised with a shot from the assist and took the lead with another improvised shot underneath the post. Mitcham continued to attack well, but struggled to find the basket. Tom Higton scored a running in shot after rebounding his own shot. The change of ends saw Alex Chaffey score a running in shot from underneath the basket with an outside feed. Half way through the half, Croydon equalised with a drop off shot. Both teams exchanged shots, but no goals until Edwin stepped up with another distance shot and a shot underneath the basket from a rebound to make it 8-10. Mitcham controlled the game from there on in, satisfied with their turn of fortunes and choosing Edwin as their MVP.