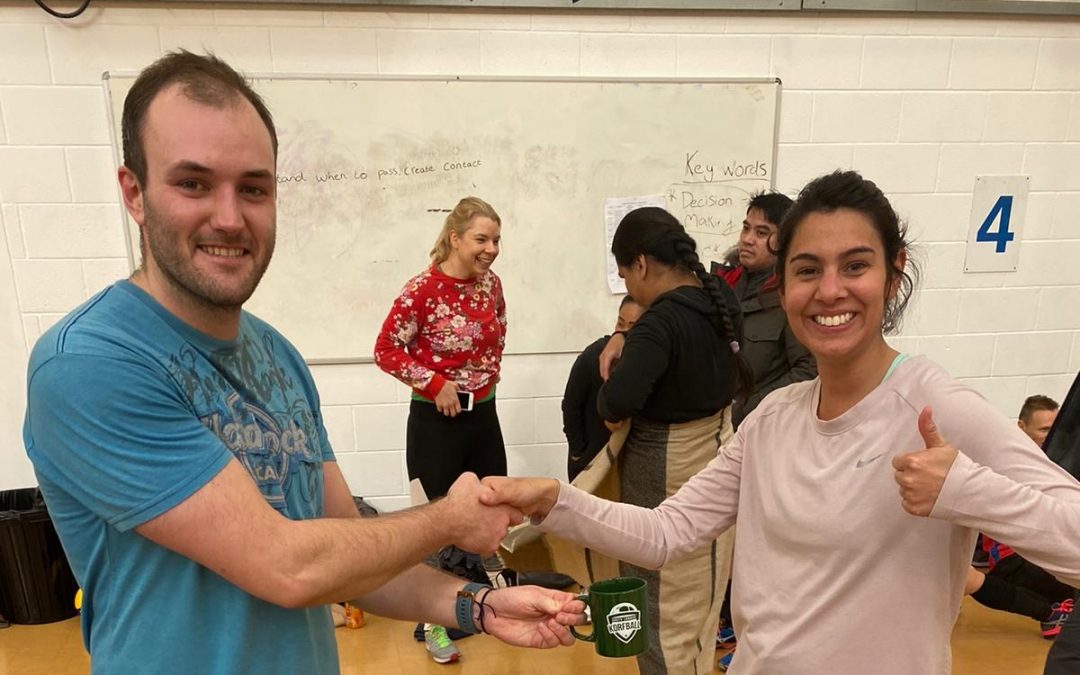 South London Balham set out with Vitoria Franceschini, Sophie Hackforth-Jones, Graeme MacCallum and Adam Bedford in first attack and Giannis Sarrigiannis, Charlie Corfield, Izzy Yorke and Jennifer Leadsham in first defence. Balham kept a tight ship in defence, but lost the ball cheaply in the first three attacks by passing to stationary team mates which resulted in Croydon intercepting the ball. However, the team started getting used to each other and after 7 minutes, Balham had the ball in the basket from Vitoria, followed shortly by a goal from mid range scored by Graeme MacCallum. Croydon got one back, but Charlie Corfield scored his second goal in his second ever match to make it 3-1. Croydon got one back, but Vitoria maintained the two goal lead. Croydon then started used their experience to run our players and brought the scores level, going ahead just before half time with a converted penalty to make it 4-5.

Croydon scored the next two goals to give themselves a comfortable lead. Vitoria and Izzy Yorke got Balham back to within 1, but Croydon went on to score the next 5 to leave the scores at 6-12. Sophie Hackforth-Jones won MVP.