Balham off the mark with “comeback of the ages” 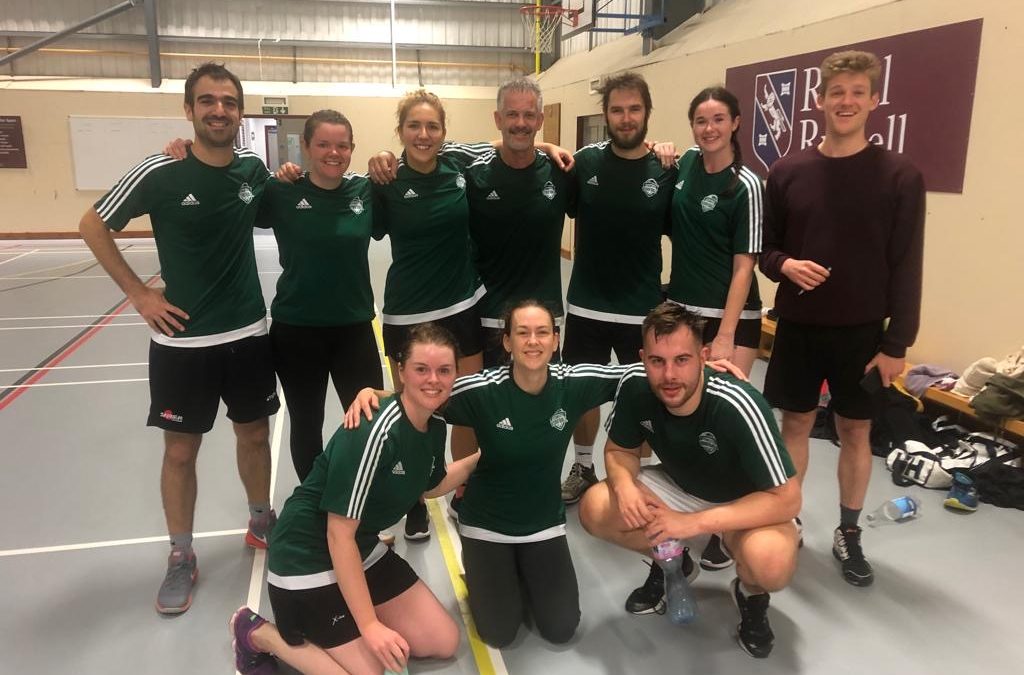 South London Balham travelled further south to face Croydon 4, looking for their first win of the season.  Balham started with Luke Broadberry, Graeme MacCallum, Anna McBride and Izzy Yorke in first attack and Giannis Sarrigiannis, Richard Smith-Uchotski, Vitoria Franchesini and Alice Howard in first defence.
Balham started slowly in attack with some good structure and decision making but struggled to recycle the ball for multi-shot attacks.  Croydon scored two goals despite good defence and Sarah Morgan subs on for the injured Anna McBride.  Balham continued to work hard for shooting opportunities but there was a lid on the basket and Balham went into halftime 4-0 down.
The team collected their thoughts at halftime and sensed that Croydon was there for the taking.  Balham started the second half strong and much more direct, with Sarah and Giannis beating their opposition for a trio of chances under the post, but still, the ball would not drop.  It turns out that shooting under the basket is too close for Sarah as she lined up a pair of long-distance shots for 4-2.  Balham had the momentum.  Giannis quickly scored a cheeky shot under the post but Croydon has an answer and it was 5-3.  The team focused their attack through Sarah’s long shots and she responds with 2 goals bringing the score to 5-5.  It’s tense.  8 minutes remain when Giannis gets his 2nd to put Balham in the lead for the first time.  A couple of nervy moments follow but Balham holds out for their first win of the season 6-5. The ‘player of the match’ mug goes to Sarah Morgan.