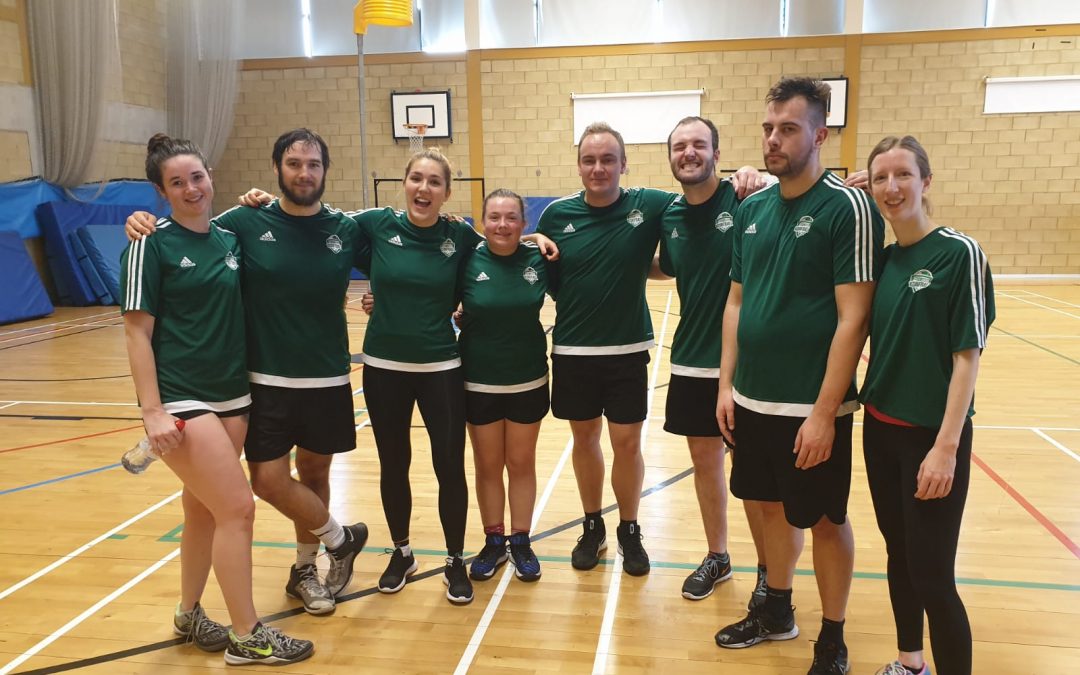 South London Balham made the journey to Dalston for a game against Highbury 5.  Fully recovered from an excess of turkey and merriment at the club Christmas party; Lesley Potter, Beth Fieldsend, Charlie Corfield and Matt Norman started off in attack and Vitoria Franceschini, Anna McBride, Luke Broadberry and Richard Smith in defence.

The game started well matched, with Highbury creating chances in around the Korf and Balham taking some nice mid-range shots.  For the first 20 minutes, the teams traded goals with Matt, Vitoria and Luke getting a goal each for Balham then Highbury finished the half strong with two quick goals.  Halftime score; 6-3 to Highbury.

Highbury continued on where they left off in the 2nd half.  One nice midrange shot from Vitoria was Balham’s only goal for 15 minutes and Highbury pulled away to a 14-4 lead.  Another midrange shot from Luke and a dropoff from Matt in the last 10 minutes.  Final score; 16-6.  MVP went to Luke.