All’s square on a squarish pitch 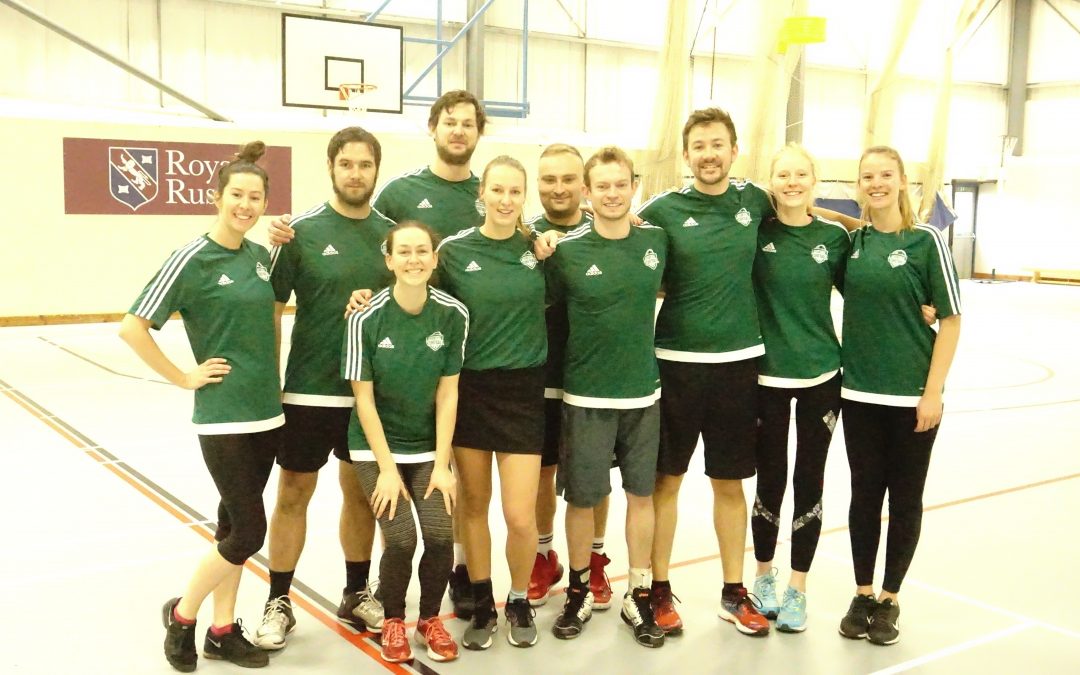 Solo got the scoring underway more quickly this week, with Jack Protheroe scoring a running in shot to make it 0-1. Croydon quickly got one back, but Izzy Watterson scored from distance on the third minute. Neither team scored for the next 7 minutes, but not for the want of trying. Croydon got the next two goals to take the lead but Captain Nicole scored from the feed just before half time to make it 3-3.

Changes were made at half time and Solo took the lead, with Luke getting two goals before Croydon were awarded a penalty to make the score 4-5. Solo then won (or were awarded) a penalty of their own to make it 4-6. The teams traded goals, with Edwin scoring under the post. Croydon then scored the next 3 goals to get into the lead before Luke scored his third – a drop off – to bring the scores level. A well earned draw – but Solo need to score more goals to win matches.