A loss away at home 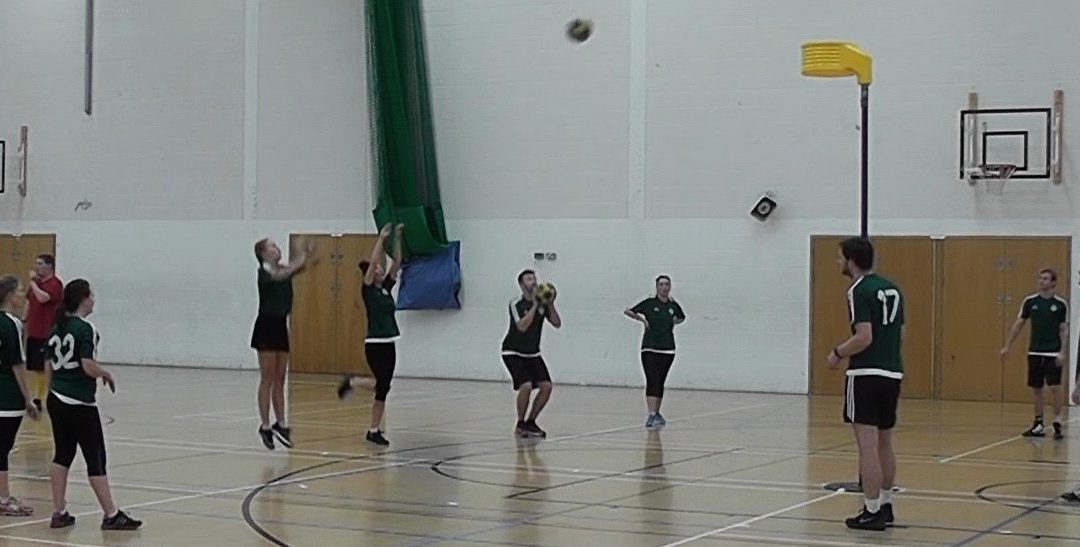 South London Korfball lost their second match of the season 14-8 against a strong Bec 3 team at Ernest Bevin – the venue that we share with Bec.

Bec 3 scored 4 goals in the first 13 minutes before Tom Higton converted a penalty and then sank a distance shot to take it to 4-2. Sarah Broadberry scored a goal off the back of the post to take it to 5-3 before half time.

Having almost got ourselves back into the game, the second half was a tale of woe. Loose defending allowed Bec a number of chances around the post allowing them to race into a 7-3 lead. Jack Protheroe sank a brace of penalties to take it back to a respectable 7-5. The teams traded goals, Higton scoring underneath the post, but then Bec scored 3 unanswered goals to make it 11-6. Higton scored again under the post, Bec scored 3 more before Higton got a last consolation goal. Lots to work on, but hard fought defeats never feel good.