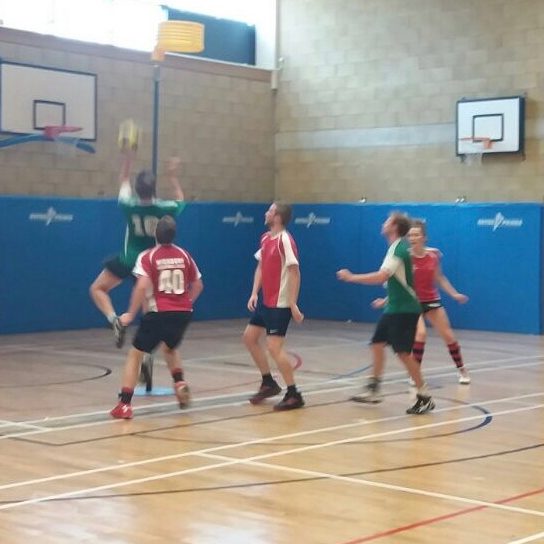 The team was slightly changed from last week. Coach Clarke laced up his boots for a rare appearance and Edwin Huijberts made his debut of second stint at the club. Tom Higton took on the captain’s arm-band in James McNaughton’s absence and led the division with Froeks Kamminga, Chris Rennison and Sarah Broadberry. Highbury drew first blood, but Tom Higton quickly equalised. Alice Howard and Jess White joined Edwin and Liam in first defence. SLK Mitcham made their first substitution of the game, bringing on Izzy Watterson for Alice Howard. The teams traded goals and went in at half time with not much between them.

The second half started as the second one had finished. South London Korfball managed to eek out a 4 goal cushion with 15 minutes left to play. Highbury got one back and then set about shuffling its pack to rearrange its attack. South London held firm and managed to hold onto its 3 goal lead.